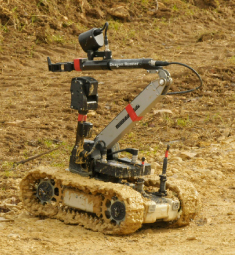 The Joint Statement on the UK/Japan Defence relationship that was agreed during Prime Minister David Cameron’s visit to Tokyo in April has the potential to forge even closer links between Japan and the UK, and generate millions of pounds’ worth of new contracts for British firms, although officials are keen to emphasise that the future growth of exchanges in the defence sphere will be “evolutionary rather than revolutionary”.

In December 2011, the government of Prime Minister Yoshihiro Noda announced that it would further relax its ban on arms exports and that the defence sector here would be looking to work with companies in other countries in the development of equipment.

Tokyo’s re-examination of its defence policies comes after years of rising defence spending by China—particularly in its efforts to develop aircraft carriers and a blue-water naval capability. 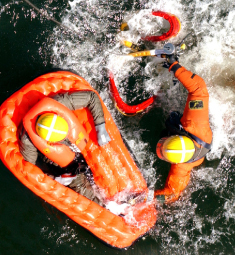 Further, Beijing has made no secret of its claim to sovereignty over the Senkaku Islands, at the furthest tip of the Okinawa chain. And, just months after Noda’s announcement, North Korea fired what it claimed was a rocket to put a satellite into orbit. Pretty much every other government has condemned the launch as a test firing of a missile designed to deliver a nuclear warhead.

With the security of north-east Asia potentially volatile, an alliance on cutting-edge defence technology and systems makes a lot of sense to Japan, a British official told BCCJ ACUMEN, while Tokyo also has a great deal of admiration for Britain’s global operational experience.

The visit by Cameron was important to further define the bilateral ties, particularly in the defence field, one source said. 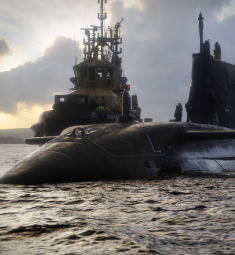 A deeper defence relationship is in the interests of the UK; Japan has very well equipped and well-trained Self Defence Forces which have considerable potential to contribute more to global stability and conflict prevention. In addition, if such a relationship extended to the UK and Japan’s defence industries, collaboration would lead to reduced costs and possibly gain access to bigger markets. Japan realises that it must reach beyond the US if it is to take on more global responsibility and the UK, with its military reputation and extensive experience, is a leading role model.

Consequently, Cameron and Noda endorsed the ongoing work on a Defence Cooperation Memorandum which will define this deeper relationship and will be signed off by defence ministers later this year. A British official said: “We decided that the relationship should be deepened because Japan has a very well equipped and trained Self-Defence Forces, but Japan also knows that it would be natural for it to have a range of relationships in the defence field and perhaps the most natural partner would be the UK, given our shared perspectives and close relationship”.

And even though the bid was not ultimately successful, the impressive campaign that was waged by Britain’s industry and the British government to convince Japan to purchase the Eurofighter Typhoon as its next-generation interceptor has served both to demonstrate British expertise, and build the network of contracts that defence firms require for future collaborative efforts.

A diplomatic source said the Eurofighter campaign means that Britain is “now taken very seriously indeed”. He added that, even though the Japanese government eventually chose the Lockheed Martin F-35, the British bid “alarmed” the US firm, which had been considered the clear favourite at the outset. 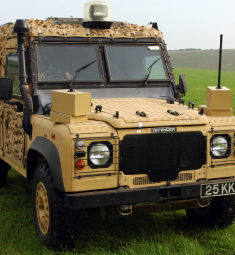 The Land Rover Snatch-Vixen is an army favourite.

But British defence officials are keen to emphasise that initial projects will focus on the development of non-lethal equipment that can be used in humanitarian crises, peacekeeping operations, disaster recovery efforts and search-and-rescue operations.

These might include the development of body armour, an area in which British firms lead the world; systems that enable troops to detect and identify nuclear, biological or chemical contamination together with the equipment to work in those environments; and the technology to detect and destroy land and sea mines.

Down the line, development efforts are likely to evolve into larger joint projects, given that Japan and Britain share many objectives in the areas of international security, peacekeeping operations and foreign policy in general.

Sources dismissed media reports that, when signed, the agreement will lead to the regular deployment of Royal Navy hunter-killer submarines in the region.

Similarly, they added, reports that Japan is going to purchase British-designed Future Combat Ships, at £300mn each, are also wide of the mark.

The bilateral agreement has given the joint research and discussions “new traction” by drawing renewed attention to ongoing work, such as that at the Defence Science and Technology Laboratory at Porton Down, and at the Japanese military’s Technical Research and Development Institute.

Four British firms at the forefront of the global defence industry have already established links with Japanese enterprises. First is Thales UK, which provides armed forces with technology that includes command-and-control structures, communications and computer facilities, and systems for intelligence-gathering, surveillance, targeting acquisition and reconnaissance. 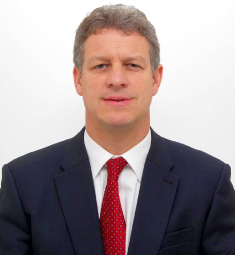 Second is BAE Systems, which was disappointed that it had lost out on the Eurofighter deal, but has informed Tokyo that it is ready and willing to step in again if the much-publicised cost increases for the F-35 programme mean it is no longer viable for Japan.

Third is Anglo-Italian firm AgustaWestland, globally renowned for its helicopter technology. And Rolls Royce, the fourth UK firm with an acknowledged place in the business of global defence, has been active in the Japanese market for 22 years.

“The relaxation of the so-called three Ps had been anticipated by industry, but it took a long time for the Japanese government to actually announce it”, according to Richard Thornley (pictured right), president of Rolls-Royce Japan. “It was quite sensitive, but when it was announced in December, it was good news.

“We have 22 years of partnering with these companies in the civil space and it would be relatively easy to duplicate that in the defence space”, he said.“We believe this sort of collaboration will bring about a mutual win-win situation and give the Japanese taxpayer even better value for money”.

The alliance has not been met with universal acclaim, however, with the left-leaning Asahi Shimbun vernacular newspaper stating, in an editorial on 13 April, that the ban on the export of weapons should be reimposed.

“Mr Noda’s decision, this time with Britain, is highly regrettable”, the paper said. “In view of the possibility that jointly developed weapons will be used in military conflict, it is a betrayal of the principle and spirit of the war-renouncing Constitution. 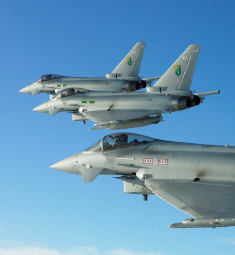 “It is logical to think that Britain wants to export helicopters equipped with an engine jointly developed with Japan”, it added. “But the possibility cannot be ruled out that the helicopters will be equipped with weapons.

“One wonders whether the Japanese government has given serious thought to a situation in which weapons exports lead to an arms race between two parties, thus increasing tensions and, in a worst-case scenario, give rise to a military conflict”.

The editorial concluded that Japan’s “self-restraint on weapons exports has gained it trust in the international community”.

Over the past nine years, 82 Japanese firms with defence contracts have either gone bankrupt or withdrawn from the sector, and defence budgets have declined for 10 consecutive years. The ability to sell defence devices and systems overseas would give the sector—and the entire national economy—a boost.

From the British point of view, the relationship with Japan is “overall positive and consistently so across the board”, an embassy spokesman said.

“Our foreign policy is similar to that of Japan, we cooperate economically and have strong links in business and trade”, he said.

“Those are all important. A close and productive trade relationship on the defence side would just be a natural part of that broader relationship”.

Britain worked closely with the emerging Japanese military in the early decades of the 1900s, and that legacy can still be seen today. The pre-Dreadnought battleship Mikasa, for example, was launched in 1900 by Vickers at Barrow-in-Furness port, and served as the flagship of Admiral Heihachiro Togo’s fleet when the Imperial Japanese Navy defeated Russian forces in the Battle of Tsushima in May 1905. Today, it is preserved as a museum in Yokosuka.

After the inevitable hiatus in Japan’s military development in the years after World War II, Tokyo in 1967 imposed a policy of not permitting its domestic defence sector to export weapons to communist-bloc states, to regimes that were under a United Nations embargo, or to those at war or considered likely to go to war in the near future.

The interpretation of the policy was altered in 1976 to effectively ban all weapons exports, but was eased again in 1985 to permit Japanese firms to work with US firms on the development of weapons systems.