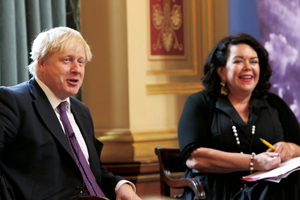 I was back in the UK for a couple of weeks in May, mainly to attend the annual conference of our ambassadors from around the world. There will soon be a few more of us at these meetings, as the foreign secretary recently announced we will be opening 10 new embassies, including three in the Asia–Pacific region—in Vanuatu, Tonga and Samoa—bringing the total to 178 embassies.

In addition to Foreign Secretary Boris Johnson and other senior govern­ment figures, BBC nature presenter David Attenborough—still remarkably sprightly at 92—also addressed us. He spoke on the illegal wildlife trade and in support of the Foreign & Commonwealth Office’s work on climate change. 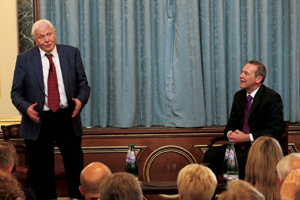 I addressed the All Party Parliamentary Group on Japan over lunch at the House of Commons, where I sat next to Lord (Menzies) Campbell, former head of the Liberal Democrats, who reminisced about having competed in the 1964 Tokyo Olympic Games before becoming a politician.

I had a number of meetings with companies interested in Japan, from financial services to aerospace concerns. In addition, I visited Twickenham Stadium and met representatives of the Rugby Football Union to talk about their preparations for the Rugby World Cup Japan 2019, to which they are very much looking forward. 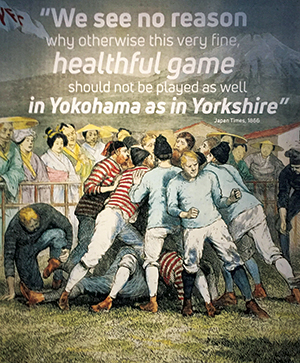 It was great to be back in Britain for the royal wedding—every small town high street seemed to be emblazoned with red, white and blue bunting and photos of Prince Harry and Meghan Markle.

On 14 June, I hosted, at my residence, the annual Queen’s birthday party, our biggest event of the year. We welcomed some 400 guests, drawn from government, business and culture circles, as well as the media. With music provided by the Scots Guards and the British School in Tokyo, it was a great event. I’m grateful to those British companies who have sponsored it.

We are also using the Queen’s birthday party to promote our new Innovation is GREAT campaign, focusing on British strengths in artificial intelligence. Britain is a world leader in fields such as machine learning and natural language processing. But, since this isn’t always well recognised in Japan, we are using the campaign to promote oppor­tunities to collaborate with Japanese business and academics. 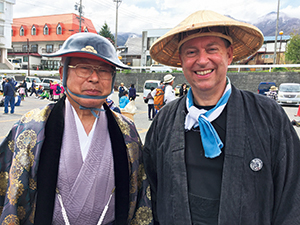 I just celebrated my 500th day in Japan and have been enjoying making a video series to mark the event on my @PaulMaddenUK Twitter account. A quick calculation revealed that I have now visited 23 of the 47 prefectures. This includes official visits to meet local politicians and business people, give speeches, as well as participate in conferences and local matsuri. My wife Sarah and I have also enjoyed chances to reconnect with the Japanese coast and countryside, including a memorable tour of Shikoku island at Easter and the Japanese Alps in Golden Week.

We’ve been able to see Japan in a new light through the eyes of our 21-year-old daughter Francesca, who is just completing the ninth month of her gap year here. It’s clear that Tokyo is a really cool destination for young Brits. In a month of hitchhiking around Japan—where, apparently, she never waited more than five minutes for a lift—Francesca got to places that we have yet to visit, such as remote islands off Okinawa. 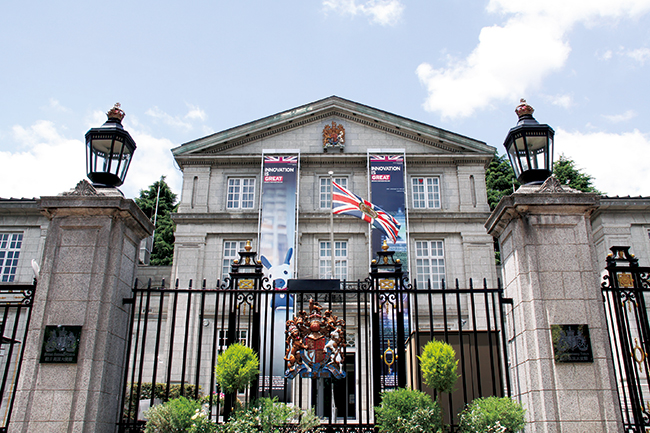 The Innovation is GREAT campaign is now featured on the exterior of the embassy. • PHOTO: BRITISH EMBASSY TOKYO