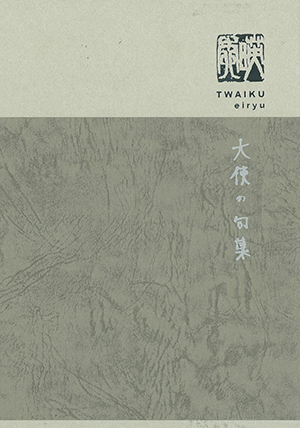 A traditional Japanese haiku is a three-line poem with 17 syllables, written in a five/seven/five syllable count. A “Twaiku” is quite simply a haiku that has been tweeted. This beautifully produced volume is a collection of such tweets, composed by British Ambassador Tim Hitchens CMG LVO, using the pen name Eiryu.

“I’d always liked brevity bounded by rules”, writes Hitchens. “Foreign Office telegrams are a classic form of disciplined concision. So an ancient literary form, with its own set of constraints, plus a new literary form, bounded by 140 characters, seemed a perfect match”.

Hitchens goes on to explain that using Twitter in Japanese has the advantage of fitting in a great deal more than you can in English, since “a single Japanese character compresses the meaning of a whole word in it”.

So here are haiku composed by Hitchens between 2012, when he was posted to Tokyo, and 2015. The collection, as he says in his introduction, is “a mix of fairly standard ‘nature’ poems, with some personal observations”.

The book is neatly organised by season and each section starts with a brief essay in English and Japanese centred on the season as it is enjoyed in Japan and Britain. Each section also has its own colour—distinctly Japanese—with a brief meditation on the appeal of the colour, from the delicate shade of Spring’s plum blossom—so celebrated in the literature of the Heian period—to the cinder colour of winter.

The poems themselves are given in the original Japanese with an English translation, and since the five/seven/five syllable scheme of haiku means rhythm is so important, the romanised version of the Japanese verse is also provided, so that those unable to read the kanji may have a sense of the original sound.

The design of the book is also a delight—there are some wonderful photographs by Michael Feather of the author and his wife, Sara—and it is most beautifully illustrated by Takashi Kasajima. Readers familiar with the Ambassador’s Residence will recognise many of the nooks and corners that he has cleverly managed to capture.

It is not uncommon for poets in Japan to take a pen name, and Hitchens has been persuaded to do so, too. He has chosen Eiryu, and a most fitting name it is. The character ei echoes that of the character for England, which is singularly appropriate, while that for ryu means “willow”.

This book is one of a kind. It would make a wonderful gift for anyone who knows Japan and a tremendous introduction to those yet to become familiar with it. 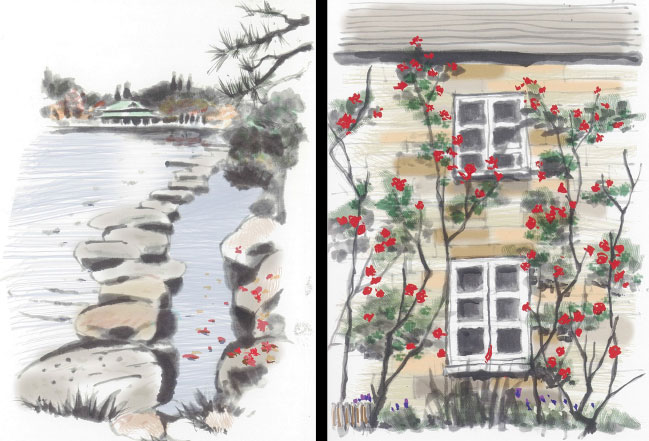