Business has been difficult for large, global banks over the past two years and the Royal Bank of Scotland (RBS) is no exception. The good news, however, is that RBS has restored stability after a near-fatal collapse 18 months ago and is ahead of its five-year strategic plan as laid out in February 2009. According to this plan, the bank announced its intention to focus resources, products and geographical presence in such a way as to best meet the needs of its corporate and institutional clients. 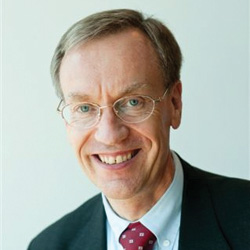 With more than 40 million customers around the world using its banking services through some 30 leading global brands, RBS says it is only natural to operate in Japan, the world’s second-largest economy.
“Companies’ banking needs vary and require sophisticated, customised, in-depth product knowledge and solutions along with the latest technologies”, said Alan Goodyear, head of Global Transaction Services (GTS), Asia Pacific.

Indeed, RBS is well positioned to provide such services through its two arms, the Royal Bank of Scotland plc. Tokyo Branch and RBS Securities Japan Limited.

Since opening in Japan in 1971, RBS has become firmly established as one of the strongest foreign players in the market here. With a presence in 11 countries across Asia, it has one of the biggest foreign bank footprints in the region.

RBS’s recently announced partnership with UK Trade & Investment’s Asia Task Force is a major focus for the firm. The partnership aims to encourage UK businesses to export to Asia and do business there, demonstrating the bank’s commitment to helping UK firms in Japan and across the region.

“RBS has proven experience in all these areas and a team of specialists ready to meet our clients’ needs. Our client base is diversified across various industries including autos, technology, telecoms, chemicals, pharmaceuticals, infrastructure, trading houses, oil, gas, electronics and financial institutions”, said Goodyear.

RBS also services and supports Japanese firms and financial institu-tions operating outside Japan through its global network and coverage.

But how does RBS differ from the competition?

“It’s not just about being a global financial business serving over 40 million customers on six continents across the world. It’s about making sure we understand each and every one of those customers. At RBS we are committed to building long-lasting relationships. By employing people on six continents and speaking over 30 languages, we are able to react to our customers’ needs and deliver what we say we will”, explained Goodyear.

This claim was reinforced, he says, by the recent Greenwich Associate results, which rated RBS client services as one of the best in Asia. 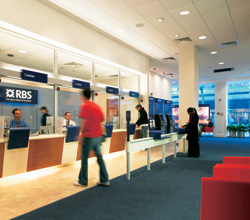 RBS remains committed to leading the market in providing transaction-banking services to corporates and financial institutions in more than 35 countries.

“RBS’s Global Transaction Services business has reacted well to the economic crisis and has continued to grow over the past two years”, said Goodyear.

Transaction banking has reconfirmed its position as an attractive business in light of the financial crisis, according to Goodyear, as it can still generate relatively stable revenue from fees when economic conditions are weak.

Goodyear said RBS remains committed to being a global bank where all regions are equally important. “Asia Pacific continues to be one of four core markets for RBS, with the wholesale and transaction banking businesses operating out of four key hubs: Hong Kong, Tokyo, Singapore and Sydney”.

The combination of scale, geographic footprint and product capability is hard to match.

“We have a large presence in Asia, including Japan. Our GTS business provides innovative, tailored cash and liquidity management, trade services, and supply-chain finance to its corporate clients and financial institutions. In order to have a sustainable transaction banking business, we continue to invest in secure technological platforms, our global network footprint, global servicing capabilities and our people”.

With the right products, investment and people, RBS says it is able to maintain competitiveness with, for example, its award-winning internet platforms Access Online and MaxTrad, which provide unique solutions in working capital and treasury management, and supply chain financing “with the highest level of operational efficiency and security to our clients”.

In April, RBS was reconnected to the Foreign Exchange Yen Clearing System, allowing it to re-launch the full spectrum of yen clearing products to its financial institution clients.

“We continue to build our cash proposition in Australia and are at the forefront of innovative liquidity solutions such as west to east sweeps, providing the benefits of same-day value transfers and connecting regional treasury centres to the global treasury centre located in Asia”.

“We remain optimistic for RBS and the prospects of achieving the plans laid out, and our vision to restore RBS to an admired and high-performing institution”, said Goodyear.

[greybox]History
The Royal Bank of Scotland was founded in 1727, with a staff of eight. It quickly expanded in the 20th century by acquiring several English banks. Mobile banks began serving rural communities in the 1950s, and RBS opened its first New York office in 1960. After merging with the National Commercial Bank of Scotland in 1969, RBS achieved a greater market share in that country and introduced the daisy wheel brand mark, which today remains so central to its corporate identity. After embracing computerisation and introducing a new generation of multi-function cash dispensers in the 1970s, RBS launched Direct Line motor insurance and bought Citizens Financial Group in the US in the 1980s. RBS was at the forefront of telephone and internet banking by the 1990s and, in 2000, acquired National Westminster Bank in the UK’s biggest such takeover, thereby inheriting more than 200 banks. In the biggest takeover in banking history, RBS led a consortium in 2007 to acquire the Dutch bank ABN AMRO that had a presence in Asia dating back to 1826, when its first branch opened in Indonesia.
[/greybox]