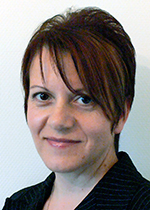 How unconscious bias impacts the workplace

Many human resources departments work hard to remove intentional bias from the workplace, yet unconscious bias is rife. Mostly because, well … it’s unconscious.

Since I spend a lot of time talking with senior managers about diversity and inclusion, I often hear them claim they are doing just fine. “We choose the best person for the job regardless of diversity”, they say; or, “We promote a respectful work environment and treat everyone equally”.

The mistake with this belief is that there is no such thing as a meritocracy in the workplace. There is never a level playing field and we do treat different people differently.

Most of us see tall men as leaders, giving them opportunities to demonstrate their leadership ability and offering all the resources and support needed. These men succeed and become more confident, and we say, “see, natural leader!”

The reality is that people belonging to dominant societal groups, ie tall men, experience micro-advantages in their careers. People belonging to minority groups, such as women, are likely to find either they need to work harder for the same rewards, or that the process of promotion will be slower.

We believe we are making decisions logically; however, behavioural psychologists have shown that intuition is often at the root of our choices.

So, what exactly is unconscious bias?

A bias is the result of a mental process by which the brain uses associations that are so ingrained that—since we are not aware of them and, thus, cannot control them—they play no part in our intentional behaviour.

That said, despite biases having a negative connotation, they do serve an important function. They help us “fill in the gaps”, by looking for patterns and making assumptions, enabling us to act quickly and make sense out of vast amounts of information. We could say bias is “fast thinking”.

The issue is, we often use fast thinking when we should be using slow thinking—in other words, be deliberate, rational and logical.

Organisations making great strides in their diversity and, more importantly, inclusion strategy work with their leadership teams to address unconscious bias. They also try to mitigate this during their selection and decision-making processes.

Diversity is the presence of differences that make everyone unique. Inclusion is the full engagement of all, and includes leveraging diversity.

We cannot eliminate bias. However, we can acknowledge that bias does exist and that various types of bias clearly have an impact on decision-making.

People and organisations that honestly try to understand their attitudes and behaviours will be able to cultivate a working environment in which individuals can bring their best and most authentic selves to the table.

Types of bias
More than 150 biases have been given names so far. Here are a few to think about:

• Being subjective, human beings have a natural predisposition to affinity bias. People warm to others like them and have a tendency to hire and develop people in their own image.

• The halo effect occurs when you like someone and are biased to think everything about that person is good.

• Perception bias such as stereotypes and assumptions about certain groups can obstruct objective judgement of certain groups. For example, since the 1970s, the percentage of women, compared with men, who have been selected for the world’s most prestigious orchestras has increased from 5% to 25%. What has made the difference? Blind auditions preventing assumptions such as “women musicians have less technique and produce poorer sound”.

• Confirmation bias can occur when people have a certain belief about their own social identity group. You may tell yourself that members of your group will be denied or fail in leadership roles. Even if you are not aware of such messages running in the background of your psyche, the stories you tell yourself do affect your success or failure.

• Group think and the need for group acceptance: Neuroscientists using magnetic resonance imaging (MRI) have shown that when we are excluded from a group, the same parts of the brain become activated as when we feel physical pain. If people try too hard to fit into a group, mimic others, or hold back on contrary opinions, they lose part of their identity. The organisation loses out on their creativity and innovation.