The strength of Welsh rugby is undeni­able, with participation in every World Cup since the competition’s inception and two semi-final appearances. It cannot even be overshadowed by injury, and if their Six Nations Championship performance against Scotland in round one is any indication, the Rugby World Cup 2019 is to be a reckoning. It will also be Head Coach Warren Gatland OBE’s swansong, after more than a decade in the role and with three wins at Twickenham under his management.

And while the Six Nations rages on and the team is confirmed for the 2019 Rugby World Cup, it is not just training that needs attention.

BCCJ ACUMEN spoke to members of the Welsh Rugby Union (WRU), including former Wales captain Ryan Jones about the lead up to 2019, the challenges for the team and the excitement that is building in Wales.

Welsh Rugby Union staff have toured facilities ahead of the 2019 Rugby World Cup.

Community draw
As with any large sports event, the legacy is just as important as the event itself. And in the case of the Welsh team, working with local communities is a core part of playing at any world cup.

“We really embrace tournaments and embrace the countries that host tournaments, and the big part we are doing is choosing a city to work with, and we have chosen Kitakyushu”, Craig Maxwell, head of group sales and marketing for the WRU, explained.

The relationship between the team and Kitakyushu has two elements. The city will be used for the training camp before the tournament but, before that and to give back, they are aiming to run three community coaching programmes: one in September, one six months later and then one around the Rugby World Cup.

This involves coaching about 750 children, 250 coaches and 150 referees. Maxwell said this is designed “to really give the city a chance to learn more about Wales”, and “to give the city the tools it needs to keep and successfully play rugby after the tournament”.

For Ryan Jones, head of rugby participation, “Understanding the culture—the people in those towns, cities and communities we are visiting—allows us to engage better”.

In these endeavours, the WRU have been assisted by Kitakyuhsu’s longstanding relation­ship with Cardiff University, which includes an exchange programme. That has meant they immediately hit it off with the city representatives.

“We understood and shared the same values and relationships, and we could work together”, said Maxwell. “Our national team manager has been down and seen the facilities and they are fantastic.

“The way the city wanted to look after the team … it just felt like the right partnership and the right place for us to really build our preparation for the Rugby World Cup”. 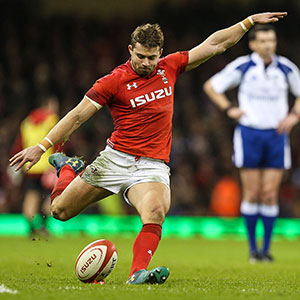 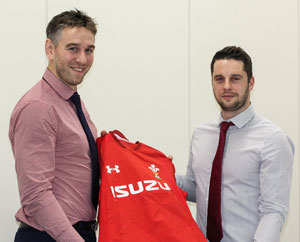 Dreams of a boy
Jones, who missed out on the 2007 World Cup due to injury, but was a part of the lead up to the semi-finals in 2012, recalled the excitement and scale of the competition.

“I’ve got nothing but fond memories, I was really lucky with my time. For a young Welsh kid growing up in Wales, it was my dream to captain Wales”.

Rugby is arguably the country’s national sport, and it has great significance in its culture—indeed, it is part of the Welsh DNA. And at a World Cup, the intensity of feeling is even greater.

“To walk down that tunnel into that wall of noise and colour, and stand on that pitch, which is no different to any other pitch in the world, but is surrounded by 74,000 seats, and you hear the anthem, face that noise and see your loved ones in the stand, it is just something you cannot replicate in everyday life”, Jones said.

However, he said the position of captain did come with its sacrifices, both personal and professional.

“It does come with the weight of a nation, because we do care about rugby like no other. So there is an expectation; anything short of success is a failure”, he laughed.

“To go and represent your team on a really, truly global stage away form home, off the shores of the UK, when it is essentially just you and your touring party—it’s 50 people against the rest of the world”, he said.

The team
With the Lions Rugby out of the way, all eyes are on the Rugby World Cup for the Welsh team.

“Whether you are a coach or on the backroom staff, you’re looking at the logistics of the trip, to the training facilities, to who your squad is going to be”, Jones said.

But, with the upcoming Six Nations Championship and the summer tour, players will be making sure they avoid injury and that they are playing at their best. The demographics of the team are also changing and the mix of old and new changes the dynamics of the team.

“It makes for a heady mix”, Jones said.

Other pressures include the cultural differences in Japan, media pressure and injury, as well as the form of both Wales and the opposition.

“I do think that, in this era of professional sport, the level of preparation that goes into a tournament is just getting bigger”, Jones added. However, he explained, the team are already well-versed in travelling the world and senior management have already visited Japan and assessed menus, hotels, kit, venues and travel times.

“Our job in this really is to make sure we are providing the best opportunities and direction for supporters to come along and show their support.

“It’s a case now of us focusing on how we can make the experience even better and really embrace the local culture.”
“We do travel well as a nation to support our national team, and we expect thousands of Welsh fans to make the trip”, Jones added.

“It will be great for Japan as well. Until you have touched and felt a major rugby tournament, I don’t think you understand what it is. It’s only when it lands on your shores and the people in the communities get to touch and feel it and embrace it that you do”.