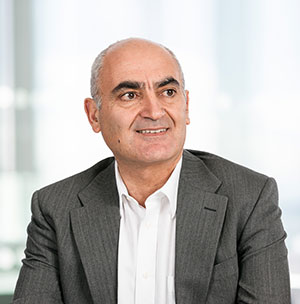 Ebola may have slunk back into the jungles of Africa, but it will almost certainly reappear in the future. The Zika virus—spread primarily through infested mosquitoes—remains a major health concern ahead of the Rio 2016 Olympic and Paralympic Games.

And there are 75 more identified pathogens with the capacity to wreak havoc across regions and, by extension, an increasingly globalised world.

That is the reason the London-headquartered GlaxoSmithKline plc (GSK), believes it is time to devise a proactive approach to combat the next public health crisis.

In June 2016, the firm called on Japan to join ongoing efforts to create an international body—the Coalition Epidemic and Pandemic Innovation (CEPI)—that would bring together academia, private firms, governments and international bodies, such as the World Health Organization (WHO). CEPI would help fund and govern approaches that could swiftly stamp out any future outbreaks of infectious disease.

Events of the past two years have convinced GSK that no time should be lost before the new organisation is set in motion, according to Dr Moncef Slaoui, the firm’s chairman of vaccines.

“In August 2014, the WHO—on the day before they declared Ebola a major threat to public health—called us to ask if we had a vaccine against Ebola. And frankly we didn’t know”, Slaoui said at the British Embassy Tokyo on 29 June.

He was speaking at a roundtable event to review advice from stakeholders on reinforcing the global health architecture, and providing prompt and effective responses to public health emergencies.

Ebola is a viral haemorrhagic fever that causes a sore throat, muscular pain and headaches. Symptoms can deteriorate into vomiting, diarrhoea and decreased function of the liver and kidneys. The disease has a typical 50% fatality rate—but it can be as high as 90%.

The 2014 outbreak affected Guinea, Liberia and Sierra Leone in west Africa, making it the largest ever documented.

In a statement issued in September 2014, WHO declared: “The Ebola epidemic ravaging parts of west Africa is the most severe acute public health emergency seen in modern times. Never before in recorded history has a biosafety level-four pathogen infected so many people so quickly, over such a broad geographical area, for so long”.

Fortunately, the acquisition of a small Italian biotechnology firm a year earlier gave GSK access to platform technology for numerous vaccines, including one for Ebola, said Slaoui.

Traditionally, it takes between seven and 10 years to progress in clinical trials from tests on primates to phase-three field trials involving human patients.

“In August 2014, we didn’t have seven, five or even three years, because the outbreak at that point was growing exponentially”, he said. “So we decided to stop many projects that were ongoing in our organisation and to dedicate all our resources to this vaccine”.

As a result, it took a mere seven months before a 15,000-subject, phase-three trial was under way in Liberia.

“We did in seven months what usually takes seven years but, fortunately for the population of Liberia, the Ebola outbreak in Liberia was at that time subsiding, and we stopped the trial because there were no more cases”, he said.

More than 11,000 people died, Slaoui pointed out, adding that even though GSK put every resource at its disposal into finding a vaccine, it was still too late.

And Ebola is just one of 77 similarly lethal diseases—with Zika the one that is currently attracting the attention of the world’s media.

GSK and other firms that work on vaccine R&D simply cannot afford to keep fighting such outbreaks and must find ways to get ahead of future epidemics, according to Slaoui. This has led to a proposal for the creation of a dedicated bio-preparedness organisation, which could be governed by the new CEPI.

“The proposal is based on four principles”, he said. “The first is to be proactive. In order to be proactive we need to build an organisation that can discover and develop new vaccines, is a permanent organisation and is fully dedicated to this task, rather than reallocating resources every time we need them—which is reacting.

“We need this organisation to not only be permanent, but also to have very long-term, predictable funding so it can target the list of all 77 viruses—or at least the top 13 priority pathogens—that are potentially threatening humanity.

“A critical point is that we need this organisation to have its hand on platform technologies that are already validated and able to support the industrial production of vaccines”.

GSK has five validated vaccine R&D platform technologies, and is ready and willing to make the resultant scientific discoveries available to the global community, with free intellectual property.

The firm is also willing to help build the dedicated bio-preparedness organisation, host it at its own R&D facilities, build the infrastructure and train “people dedicated to this task of discovering and developing vaccines against these diseases”.

“What we ask the international community to do is to fund the running costs of this organisation and to govern it, because it’s not for a company—but for CEPI—to decide which is the most important pathogen we should focus on to start with”, he added.

According to Slaoui, experience suggests that the new research organisation should be able to discover a new vaccine every three or four years.

It is expected that the ¥5.14bn annual operating costs would be a fraction of the price of a full-blown epidemic, he said, pointing out that the eight people in the US diagnosed with Ebola after visiting Africa effectively shut down the airline industry for four days, costing the industry the equivalent of ¥411.35bn.

Asked how governments can convince taxpayers to shell out for a disease that is in a distant land, Slaoui pointed out that emerging infectious diseases are no longer restricted to the developing world.

“These viruses are potentially going to touch every adult, child, parent and grandparent, and there is a need on the part of government to appropriately inform their populations of the risk”, he said. “I think it is unfortunately possible that there will, in the future, be so many outbreaks with so many agents that it will become obvious to everyone that this is something that we need to tackle if humanity is not to go backwards”.