Entrepreneurship and innovation can be a rare thing in Japan.

Nevertheless, original thinking is just what the nation requires as it strives to emerge from a long, painful recession, and simultaneously recovers from one of the largest natural disasters on record as well as an ongoing nuclear crisis.

British firm Cambridge Consultants Ltd. remains optimistic that Japanese firms will be able to build on their skills and know-how to play leading roles in the global economy. Many of them just need a helping hand.

Cambridge Consultants held a series of seminars last year in Tokyo and Osaka on how organisations, ranging from homegrown start-ups to established multinationals, can take maximum advantage of technology and innovation in today’s rapidly changing world. 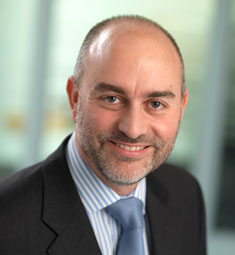 “In some areas, Japan has historically been very innovative, such as Nichia Corporation’s development of the blue LED [light-emitting diode], which is a key technology to enable low-energy LED lighting”, Richard Traherne, chief commercial officer, told BCCJ ACUMEN.


“Such innovations fit well with historical strengths in process improvement and perseverance, but the tradition of undertaking all research and development in-house has proved to be a burden in recent times”, Traherne said.

Many firms have been unable to access new technologies developed overseas and lack the skills and connections to commercialise their innovations in international markets.

He highlighted the example of NTT DoCoMo’s iMode mobile internet service launched 10 years ago; Japan led the world in the field when the technology was developed back then, but has failed to convert this early lead into a strong position today.

According to a 2011 report from the Global Entrepreneurship Monitor, the rate of entrepreneurial activity in Japan stood at 5.2%—the fifth-lowest of the 54 countries that took part in the survey.

It went on to say that the rate of new business establishment in the UK and the US was about 10% at the time, while in Japan the rate was only 3–5%—lower than the rate of business closures.

“One of the key steps is moving to a collaborative approach to innovation”, said Traherne. “It’s necessary to work with many varied partners globally to capitalise on innovations as soon as they can have an impact on the business.

“If we look at the success of a company like Samsung, one of its greatest strengths is an ability to acquire technology rapidly, internalise it and then use that to build new products”, he said. “Agility and openness are both crucial to success—plus the ability to commercialise a product profitably to match international market requirements”.

That message appears to be reaching Japanese firms, he said, with an increasingly open-minded approach seen across business sectors, from industrial to consumer goods to medical technology.

Working with an external partner can often facilitate those links. 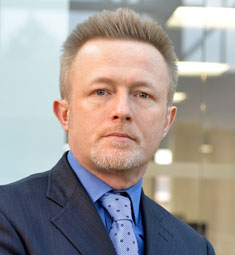 “Our role is to act as a trusted adviser and technology partner with key Japanese firms”, said Dr Miles Upton, regional general manager for Asia.

“In our existing business, we are valued for our ability to cross-fertilise technologies from industry to industry and from region to region, and we see this cross-fertilisation to deliver new technology solutions and intellectual property being highly valuable to Japanese companies that wish to explore new markets”.

But are Japan’s conservative firms ready to accept foreign advice and assistance?

“Our business is built upon trust and we recognise that may take longer to build in this country than it does in other markets, where business is more transactional”, he said.

“But our most successful customer relationships last for decades, and we fully expect to take a very long-term view of business development in Japan”.