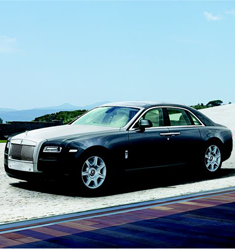 Rolls-Royce Ghost—sales by the luxury carmaker increased in Japan over last year.

When things get better for the average person, they will generally go out and spend their extra money.

The Sankei Shimbun (28 April) uses the term puchi zeitaku (petit luxury) to describe this phenomenon, which may be an indicator of rising consumer confidence.

In an internet survey of 1,400 adults regarding consumption, 7.3% of respondents told the newspaper that they felt like splurging on something, up 1.5% year on year.

At the other end of the spectrum, sales in the first three months of 2013 surpassed those of the IT boom that had taken place 10 years earlier, a marketing executive at foreign luxury vehicle importer Cornes Motors Ltd. told the Nikkei Business (22 April).

Orders for Ferraris, Maseratis and Rolls-Royces, priced at ¥10mn and over, were up 20% year on year, and super-luxury models costing ¥20mn or more had doubled, he said.

During February and March, sales of jewellery and high-priced brand items at department stores were said to be doing well.
“While we saw some price increases for luxury brand goods, due to the yen’s depreciation, this has had no effect on customers’ desire to purchase. Moreover, purchases per customer have risen”, according to Koji Suzuki, president of Takashimaya Co., Ltd.

The middle classes, however, are feeling the squeeze in the form of higher consumer prices and social service costs. Firms that cater to wage earners and their families are expecting the business environment to remain severe.

The article concludes that economic recovery cannot be proclaimed until the blessings of Abenomics show signs that they have trickled down to the masses.

Sixteen major firms—including foodstuffs manufacturers, distributors and retailers—have formed a working group to seek a means of reducing the volume of merchandise returns and disposal.

But accomplishing this, it is believed, will require the industry to change long-established business practices. As a result of their deliberations since last autumn, Shukan Toyo Keizai (18 May) reports that, from June, delivery times will be extended on an experimental basis.

The shomi kigen (best-before date), which appears on processed foods, indicates the recommended time until which good flavour is maintained. Slightly extending this presents no problems in terms of safety.

However, as the dates approach, food manufacturers are unable to ship goods from their existing inventories, on top of which they must also accept returned, unsold goods.

This has come about through the rule-of-thumb system—also known as the one-third rule—that is in force. Distributors and retailers initially accept one-third of the production lot of food with a shelf life of six months (for example, two months’ worth) as a means of promoting food freshness.

The system, which has been widely used since the 1990s, has led to a massive quantity of returns. According to industry estimates, they reached a value of some ¥113.9bn in 2010.

While a portion of returned merchandise is reshipped to discount retailers, most of it is discarded. This accounts for approximately half of the estimated 8mn tonnes of food wasted each year in Japan.

The working group has proposed that the one-third limit be extended to one-half, which manufacturers estimate will reduce the amount of unshipped goods by as much as 60%. This will help manufacturers’ bottom line by reducing the cost of disposal of expired items, while avoiding excess production.

The possible disadvantages include the likelihood of retailers cutting prices as the cut-off dates approach, as well as a drop-off in sales demand by customers who insist that their food be as fresh as possible. “We’ll need to watch closely to see how things develop”, said an executive at a major retailer. 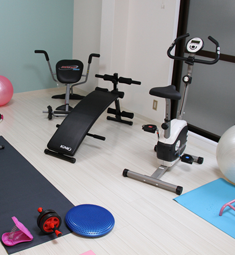 How Diets are Developing

When survey firm Macromill, Inc. asked 1,030 men and women between the ages of 20 and 70 if their diets had undergone changes compared with two years ago, 60.8% replied in the affirmative.

The most pronounced changes in their activities, as reported in the Nikkei Marketing Journal (15 May) were, in descending order: modifying the items in one’s menu (up by 56.3%); moving about more in the course of daily activities (54%); performing light exercises at home (48.4%); and not snacking late at night (44%).

Interestingly, 49.5% of respondents said they felt a sense of enjoyment from their efforts at dieting. “More people are realising that they won’t feel the effects from dieting unless they stick with it”, explained Masaki Furuya, head of the Japan Diet Health Association.

“This shows how dieting has been evolving, with more people becoming aware of the right ways to [diet]”, he added.

And, in what is surely one of the most innovative recent consumer incentives, the all-female share house Beauty & Diet Esaka in Osaka’s Suita City has begun offering reduced monthly rent to female tenants who can show they have lost weight, according to the 17 May issue of the same newspaper.

There’s also a disincentive against weight gain, as the same scale works in reverse, with penalties in increments of ¥1,000 per kilogramme (up to ¥50,000).

The new house, which was converted from a firm’s dormitory for single workers, is currently at full capacity with all 26 rooms taken, mostly by working girls in their 20s as well as students.

The operator was quoted as saying that, while the entrants expressed interest in dieting, none specifically raised the point that they hoped to reduce their rent through weight loss. 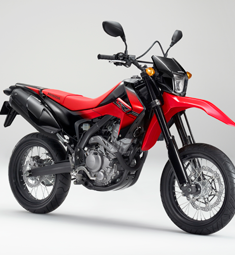 Lightweight and economical motorbikes, such as this Honda CRF250, are in demand.

Motorbike sales have suddenly taken off, with some manufacturers reporting a three-fold, year-on-year rise in demand for lightweight 125–250cc models.

According to J-Cast News (17 May), sales have been boosted by major model changes in 2012 that resulted in improved fuel consumption and lower sticker prices.

All four major manufacturers reported boosted sales across the board. “Even while sales were in decline, a strong latent demand remained. We have made moves to exploit this demand”, explained a Honda Motor Co., Inc spokesperson.

The key factor in stimulating new demand was reducing the cost of ownership. Until recently, for instance, few owners were said to have paid much attention to the fuel consumption figures of their two wheelers.

In the past, models that were exported to different world regions featured slightly different configurations. Now, extensive standardisation has made possible considerable price savings.

Further, Honda is hoping to appeal to younger buyers—whose interest in motorcycling in recent years has been declining—by pricing its newer small-displacement models of 110–125cc below ¥300,000. “It is hoped that fathers’ enthusiasm for motorbikes will start to spill over into their children’s age group”, said a spokesman for Baiku-Oh and Company, a chain that specialises in used models.