Japan’s convenience stores (konbini) have found that their customers are increasingly connected online via smart phones, and are currently boosting their e-marketing activities to promote sales, the Nikkei Marketing Journal (25 July) reports.

A survey of 29 convenience chains found that eight firms are currently engaging in sales via the internet, with another four at the planning stage.

Lawson, Inc., one of the convenience store firms, projects such sales will increase to ¥300bn by 2015—a six fold increase over last year’s figure. Until recently, sales had mainly focused on music CDs and DVDs but, from October last year, the firm was including home deliveries of foodstuffs.

The parent chain of 7-Eleven Japan Co., Ltd. shops, Seven & i Holdings Co., Ltd. has forecast a threefold rise in its current e-business revenue to ¥500bn by 2014.

Six firms, including 7-Eleven and Ministop Co., Ltd., have indicated they are currently promoting their business activities via the social media site Facebook. Another six firms have similar projects underway.

Other efforts to promote business include: providing in-store Wi-Fi hot-spots (currently offered by Lawson and six other convenience store chains); new applications for smart phones and tablet computers (five chains); transmitting to users content that can be obtained only while on the store premises (three); and dissemination of an email magazine (nine).

Meanwhile, the Sankei Shimbun (2 September) reports that the FamilyMart Co., Ltd. chain of konbini announced an expansion of its links with regional high schools to develop products for limited local distribution.

This year, arrangements have been made for students from some 20 schools to provide marketing input on items such as bento (boxed meals) and desserts. It is hoped the youngsters will generate original ideas for local products.

Students at participating schools will take part in biweekly sessions over the three- to four-month school term. At these sessions, the students will offer suggestions and ideas for the produce that will include packaging and product naming. Some students will also visit shops and take part in promotional activities, such as offering test samples of new products to customers.

To date, the successful products include milk pudding and cream puffs, both of which contain zenzai (sweetened azuki beans and glutinous rice). Introduced in 2011, the desserts were sold by Family Mart in all prefectures except Okinawa.

When Diversity Upsets the Workplace

In the West, the term “diversity” generally has a positive and desirable meaning related to racial and ethnic tolerance, individuality and social progress. However, “daibashitii”, in its Japanese context, seems to be associated with the country’s movement from parochialism to globalism. In some organisations, this movement does not mesh comfortably with traditional work styles.

The Nikkan Gendai (31 July) singled out a specific type of diversity: the worker referred to as a “nomad” who, with a particular work style, “refuses to be tied down to the office”, and who “upsets the order of the workplace”.

The article gives numerous examples of this type of worker, including that of a programmer who had recently transferred to another firm from a job in the IT sector. The employee asked his supervisor why he hadn’t been given a desk that was partitioned off from the others. “I can’t concentrate like this”, he complained.

Another example mentioned in the article was that of a former systems engineer who had been assigned to the accounting department of a manufacturing firm.

While working overtime, the employee had begun tapping noisily on his calculator, annoying colleagues. He, however, couldn’t hear the noise he was making because he was wearing headphones.

In the Japanese lexicon, the term “diversity management” is also being used to cover relatively new adaptations in the workplace, such as extended maternity leave and the employment of increasingly more females in management positions.

Certainly, diversity may boost workers’ motivation and help retain talented human resources who might otherwise resign out of frustration with the job. But diversity can also be blamed for chipping away at workplace harmony.

The article cites a recent survey of 930 staff at the human resources departments of firms with 50 or more employees. Among the respondents, 38.2% said that “the maximum effort had not been made to familiarise workers with the concept of diversity”. Another 37.8% agreed that workers at their firm had low levels of awareness and understanding of what diversity entails.

In another example, a salesman at an office automation sales firm, who had been leaving the office early to work on his reports at home, was obliged to halt this practice. His younger subordinates had issued complaints behind his back to the firm’s human resources department, claiming his early departure was “not conducive to their efficient functioning on the job”.

“If the data indicates job performance isn’t improving despite giving staff leeway to do things their own way, then changes are warranted”, said labour and social security attorney Yukiko Takita. She added that resentment aimed at the “nomads” would most likely be among younger staff members who are conditioned to work in a more conventional corporate culture. 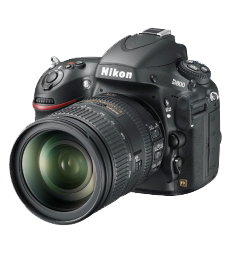 Who Gives the Best—and Worst—Service?

The Nikkei Business (30 July) published the results of its annual survey of Japan’s best providers of after-sales service. The 16,809 respondents to its satisfaction survey had an average age of 49.2 years. Of the total respondents, 77% were male and 22.2% female (the gender of 0.8% is not known). The Kanto, Kansai and Chubu districts were represented as 50.8%, 18.2% and 11.6%, respectively.

Together with satisfaction ranking, the results include the number of respondents for each named brand and give the likelihood, in terms of percent, of the respondent becoming a return customer.

Broken down into service sectors and products, the winners in each category are (losers given in parentheses):

Online firm jGrab Inc. (j-Grab.com) is developing an interface with domestic e-retailers Rakuten and Yahoo! Japan to sell Japanese products to international customers via the internet.

The Nikkei Marketing Journal (15 August), reports that the firm will first target US customers.

Based in the Tokyo suburb of Shibuya, the firm uses lively graphics-driven displays to introduce shoppers to product categories, including apparel, electronics and miscellaneous accessories.

jGrab hopes to offer selected items from among the approximately 75mn sold via Rakuten Ichiba, the 25mn products sold via Yahoo! Auction and the many made available through other channels. The online firm will apply additional handling charges to the total cost.

The venture has been approved by the Ministry of Economy, Trade and Industry, which is also pushing Ekkyo EC, the Cross-border EC Support Portal (http://www.cbec.go.jp/) as one of its strategies for encouraging growth among Japan’s small and medium-size enterprises.