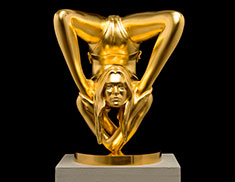 The selected masterpieces to be shown from Taiwan’s Yageo Foundation Collection comprise dozens of modern works by some 40 artists, including British artists Marc Quinn and Peter Doig, and Australian Ron Mueck, who is working in the UK. 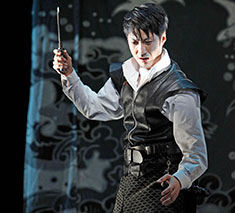 This performance of William Shakespeare’s Macbeth will be directed by famous kyogen (comic theatre) actor Mansai Nomura. With only five actors including Mansai, the story follows the original plotlines while delicately portraying each character’s emotions. In Japanese.

Helen Mirren reprises her Academy Award-winning role as Queen Elizabeth II in a highly anticipated West End production, which is part of the National Theatre Live initiative. The Audience, a film written by British playwright and screenwriter Peter Morgan, outlines the Queen’s relationship and weekly audiences with British prime ministers throughout her reign. 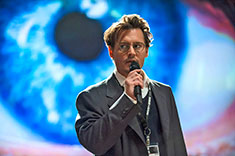 British actor Rebecca Hall stars alongside lead Johnny Depp as his wife in this science fiction film. Depp plays a scientist searching for artificial intelligence, whose own consciousness is uploaded to a super computer, with dangerous consequences. Paul Bettany from London plays the role of Depp’s friend in the film. 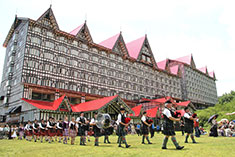 This free event, in its seventh year, offers the chance to experience authentic Scottish culture abroad. Not only can you enjoy watching a variety of performances, including bagpipes, highland dance and wadaiko (Japanese drumming), but you can also participate in some activities. 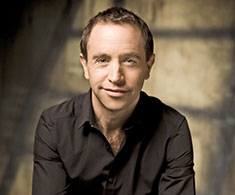 Conductor Mark Wigglesworth was born in Sussex, England, and studied music at Manchester University. In 1992 he became assistant conductor of the BBC Symphony Orchestra and is now working for the Royal Academy of Music in London. The orchestra will present Piano Concerto No.2 in A major S.125 by Franz Liszt and the Henk de Vlieger arrangement of Richard Wagner’s Der Ring des Nibelungen.