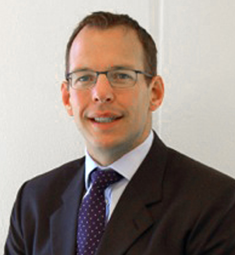 Le Roux: Staff should be evaluated based on productivity.

What factors have contributed to your own success here and that of your firm?
For me, I had to understand how things are done locally. Likewise, each time the company enters a new market, we have to be careful we don’t come in claiming to know best.

We have to learn about the local culture, as well as challenge the status quo where appropriate. We are an international business with offices in 34 countries. Localising what we do while maintaining our values and culture is particularly important.

Are there any hiring practises in the UK that could benefit Japan?
As it stands, it is very difficult to make people redundant in Japan, due to the employment laws. There is a need for greater flexibility, as this would help firms become less risk-adverse regarding hiring decisions.

Productivity is another issue. Not only firms in Japan, but businesses everywhere need to look at employees’ output, not just desk time.

What effects have you seen from Abenomics and the call for wage hikes?
Politicians can ask for wage increases, but whether businesses choose to implement them is driven by commercial fundamentals.

There has also been talk about relaxing visa rules, but if foreigners don’t speak Japanese, I’m not sure companies will want to hire them.

Foreign multinationals account for 70% of our clients, and we have not yet seen more foreign firms investing in Japan due to Abenomics.

The biggest determinant will be the structural reforms of Abe’s policy, including employment legislation revisions. Unless he is able to affect real change through his third arrow, growth is likely to be limited.

What skills are most in-demand at present?
Given that only 4% of the population speaks English, language is an issue for every sector. Add in the effects of Japan’s job-for-life culture and age requirements, and there is a short supply of candidates in all discipline areas.

This is reflected in the fact that we’re seeing four to five offers per candidate, whereas in the UK it is normally one or two.

How can firms attract and retain staff?
Partnering with a high-quality recruiter such as Michael Page will help attract the right candidates. Not only can we advise on the best approach to generate a suitable candidate pool, but we are able to sell the organisation and opportunity to the applicant.

Just as importantly, we help manage the offer process, which starts from very early on. This is where using a good recruiter really pays dividends, as successful offer management takes considerable skill and effort.

The greatest retention tools are the presence of a strong relationship between an employee and their line manager, and instilling the feeling in staff that they are achieving and developing. A sincere “well done” is not offered nearly often enough by management.

What is the main impediment to including women in the workforce?
In Japan, it’s cultural legacy: the perception of women in society, the expectations of women themselves, and the lack of suitable role models all play a part.

For example, only three or four Japanese were included in a recent Forbes article on the 100 most powerful females in Asia.

If this changed and women’s participation in the labour force was at the same level as men, then— based on a recent International Monetary Fund analysis—Japan’s GDP would rise 8%.

How can firms improve their ratio of female workers?
At Michael Page, we aim to create a flexible environment to retain experienced workers; otherwise I wouldn’t be upholding my duty to shareholders.

This goes back to assessing results based on productivity rather than hours worked. Some of my best-performing employees are mothers on a four-day workweek.

I believe sponsorship is also a great way of encouraging the promotion of female staff. Mentoring only goes so far, and where is the accountability for the mentor? Sponsorship involves a senior employee taking you under their wing and promoting your cause.

How has demand for recruiters evolved?
Japanese companies typically don’t have the resources required for mid-career hiring, and opt to outsource instead. Some of our foreign clients have tried to do it themselves, but have found it just doesn’t work.

People underestimate how challenging recruiting can be in Japan, where models used in other countries don’t work.

For us, revenues are up 30% from last year, which is indicative of an across-the-board demand for professionals, the quality of my team and their focus on delivering exceptional service.

Japan represents a tremendous opportunity for us; currently, we have 85 fee-earning consultants and plan to double that in the next two years.