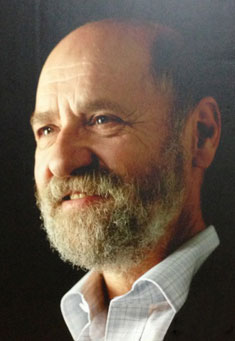 Business is buoyant in Japan for the British Sub-Aqua Club (BSAC), with the UK’s governing body for underwater activities playing on its Britishness and royal patronage to expand in the Japanese market.


Based in Ellesmere Port, Cheshire, the organisation was set up in 1953. It employs 20 full-time administrative staff at its headquarters and first dipped its toe in the waters of Japan’s diving sector in 1987.

BSAC initially signed a franchise contract with Peoples Co., part of the Mycal Group of firms, before BSAC Japan became fully independent in 2011.

The partnership model that was pioneered here was subsequently replicated in the organisation’s entry into both South Korea and Thailand.

“Despite the very difficult market conditions, we have maintained and increased our real market share”, said Deric Ellerby, BSAC Japan liaison officer and a member of the organisation since 1970.

“We are dedicated to continuing this trend but are always driven by our need to maintain our standards and reputation for quality and safety.

“The royalty or licensing income is a useful alternative income source for BSAC in the UK, and BSAC-trained Japanese divers further enhance our global presence and reputation”, Ellerby said.

“Currently, we are probably the second- or third-largest diver certifier in Japan, but in terms of reputation for safety and quality we believe we occupy the number-one ranking”.

BSAC supports more than 1,100 branches in the UK and around the world. The organisation has long enjoyed royal patronage, with Earl Mountbatten and the Duke of Edinburgh as past presidents.

The Prince of Wales currently holds that title, and both his sons, William and Harry, are BSAC-trained divers.

“BSAC UK is driven and developed by people who are motivated only by their passion for diving and the underwater world”, said Ellerby, who has also served as the organisation’s chairman, national diving officer and secretary, among other posts.

“These people bring an unrivalled depth and breadth of professional skills, knowledge and experience to the constant updating of our programme, an input that would be impossible to tap on a salaried basis”.

He also reserves special praise for Shunichi Hosokawa, the head of BSAC’s operations in Japan and such an important part of the organisation that he has been granted the rare distinction of honorary life membership.

Asked the best destination for diving in Japan, Ellerby unhesitatingly nominates Tokashiki, a small island in the Okinawa archipelago that is famous for its coral formations and just an hour by ferry from Naha’s Tomari Port.

A number of US-based diving training agencies provide competition on a global basis, but Ellerby is confident that the training BSAC provides is second-to-none.

“We have the oldest international diver training system, developed to safely certify divers for the North Atlantic”, he said.

“As a non-profit distributing organisation, we are less subject to certain types of financial pressure. And as a national governing body with strong royal patronage, we have a unique organisational profile that is well appreciated in Japan and Asia in general”.

BSAC has used the British Embassy Tokyo to hold annual meetings, simultaneously promoting the “British profile” of the organisation, he added.

Ellerby is also currently serving as liaison officer for BSAC in South Korea and is president of the organisation’s Thailand operations.

“Attending events at the embassy gives valued prestige to our clients and strong reinforcement to our credentials”, he said.

“We may not be the largest British export to Japan but our presence in a very wide market place of many key, young, relatively affluent Japanese professionals undoubtedly provides a great boost to Britain’s image.

“Not forgetting a further help to Britain’s balance of trade, the sale of our intellectual property has been worth some £2mn in hard cash over the years and an unquantifiable amount of positive image publicity”, he said.

And as a further statement of intent, all BSAC Japan products prominently carry a Union Jack.

When asked about the recent incident in Bali, in which seven Japanese divers went missing, Ellerby said, “The sport is not without its dangers. This sad accident underscores the emphasis all divers need to place on risk management.

“Undersea exploration must go hand in hand with appropriate learning, skill and experience. Our thoughts are with the survivors and the family and friends of those who were tragically lost”.

The club recently became a member organisation of the BCCJ, with Ellerby describing membership as “a natural and positive consequence of BSAC Japan’s core identity with its British roots and linkage”.