Founded in 1953, The British Council, Japan started 2020 by appointing a new director. Matt Knowles brings 16 years of expertise in interna­tional cultural and educational exchanges to the position that he took over from Matt Burney in January. ACUMEN spoke with Knowles in late February.

British Council showcases the new businesses and products set up by the graduates of UK universities.

What legacy has your predecessor left?

Matt Burney’s legacy is a terrific team and a vibrant programme. This year presents a feast of special events as we deliver the UK in JAPAN 2019–20 campaign. The National Gallery and the work of the designer and architect Thomas Heatherwick will both be featured, bringing the best of British art and culture to these shores.

It is going to be the greatest privilege to welcome such a range of our leading institutions. The UK in JAPAN 2019–20 campaign is launching 100 new creative partnerships with a focus on the ways in which the arts can support well-being, diversity and inclusion in our societies.

Equality, diversity and inclusion have been the guiding ideals in all the British Council offices that I have served. These values sit at the heart of our cultural relations mission: to harness the power of diversity to challenge, to see new perspectives and to learn from the differences. We champion equal access to the arts and to education for everyone. The arts have extraordinary power to transcend national and cultural borders, to help us reflect on shared challenges and remind us of who we are in difficult times. 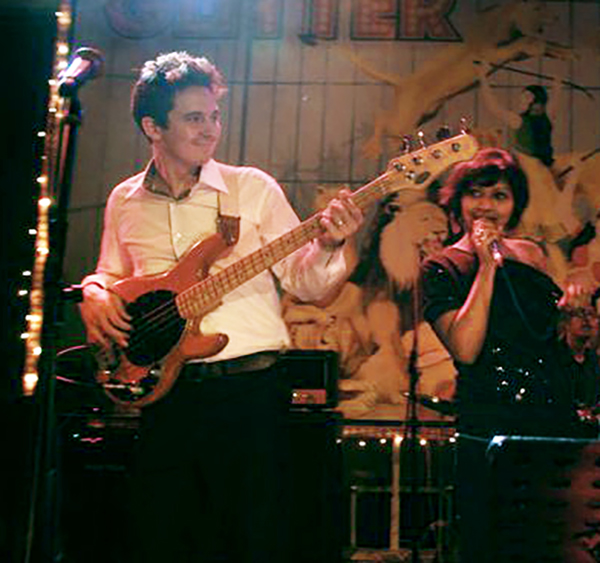 With 16 years of expertise in international cultural and educational exchanges, Knowles holds master’s degrees in theology from the University of Edinburgh and Columbia University in New York.

He began his career at the Scottish Government’s education department and has worked at the British Council in Edinburgh, Berlin, Dhaka, London and China.

Plays bass guitar, supports the England rugby team and lives in Tokyo with his wife and three young children.

You arrived in the run-up to the UK in JAPAN 2019–20 campaign and the Tokyo 2020 Olympic and Paralympic Games. Has it been a baptism of fire?

I was anticipating a steep learning curve—to fall in step with, and start appreciating, how Japan works and how business is done; to discern how I can contribute to an understanding of where the UK can look to learn from Japan and where the UK may have valuable experience to share. 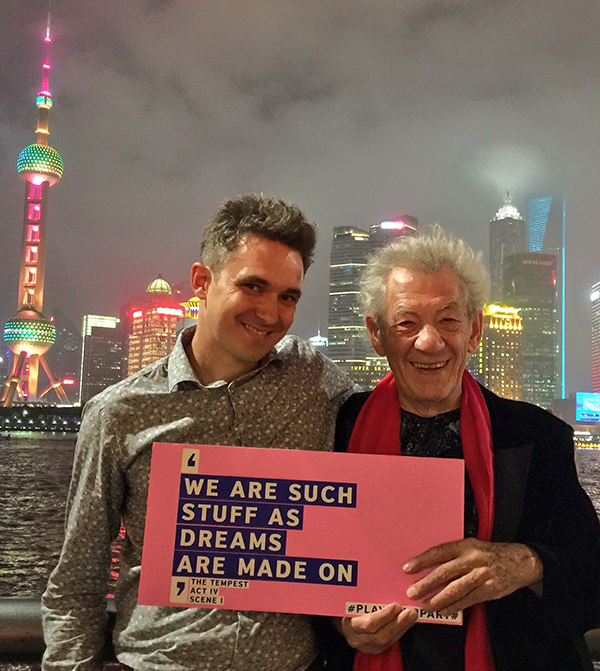 Ian McKellen in China on the 400th anniversary of Shakespeare’s death.

How does promoting British culture in Japan differ from in other countries?

I am at an early stage in forming my impressions. One obvious similarity is that both the UK and Japan share the values of liberal democracy. Both are comparatively small countries, which punch above their weight among the world’s largest economies.

Both are rooted in historic cultures and treas­ured traditions. This means that, although these are two very different countries, living a great distance apart, there is an undergirding affinity: strong national identity, a rich and deep culture, and the deter­mi­nation to make one’s way in the world with creati­vity and enterprise. This affinity will help us to grow and blossom together. 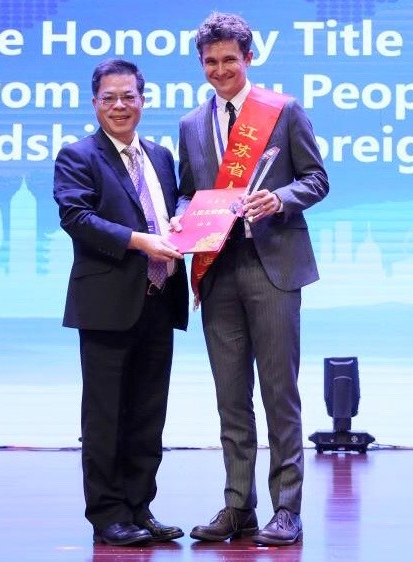 China made him an Honorary Envoy of Friendship.

Japan is high on the UK’s priority list as we work to accelerate new trade agreements following the UK’s departure from the European Union. One of the distinctive qualities of the British Council’s work is the belief in investing for the long term. New business agreements have an immediate and quantifiable return.

Much of our work, by comparison, is planning for the future. The British Council has an important role in nurturing a generation with the language skills and the practical experience to carry forward the trading relationship.

And cultural collaborations play their part as a powerful expression of the friendship between our two countries. These benefits are more difficult to quantify, but they are indispensable in promoting and deepening our mutual understanding.

Technology and innovation are changing the workplace. How about at the British Council?

Yes, it is transforming the way in which our teams can share ideas and work collaboratively across the world. It is also changing the nature of our business, in the move from paper-and-pen examinations to computer-delivered tests.

And there are new technologies to explore and to weigh. Virtual reality (VR) is offering us new immersive experiences in the arts. During the Philharmonia Orchestra’s recent tour, they showcased their latest developments in VR and spatial audio, transporting an audience at the Tokyo Metropolitan Theatre into the very heart of the orchestra.

With regards to artificial intelligence (AI), clearly algorithms have enormous potential to support language learning. However, at this stage, there is some way to go in teaching AI to appreciate the subtlety of language.

Do UK and Japanese universities work together?

There are mature partnerships across the spectrum of academic disciplines. A single UK institution can work with as many as 30 Japanese partners. These links include research collaboration as well as student and academic exchange.

To reference one flagship initiative, the British Council is proud to support a university consor­tium called RENKEI—the Japan–UK Research and Education Network for Knowledge Economy Initiatives—made up of 12 universities in the UK and Japan. The group is focusing this year on climate change and healthy ageing.

How does a British further education compare with other English-language systems?

One strength of a UK education is the way in which our system prizes and cultivates creativity. Another strength lies in the diversity of courses on offer, with more than 80,000 to choose from. And the UK education system is also known for its industry–university collaborations, which help to promote entrepreneurship and employability.

Tell us about the Leaders of English Education Project (LEEP).

The Japanese Ministry of Education commissioned the British Council to deliver this five-year teacher development programme in 2014. The programme trained 80,000 “English Leaders” from every prefec­ture in Japan to help them more effectively teach the skills of speaking, listening, reading and writing in English, in line with the government’s English education reforms.

From 2020, the Japanese government is intro­ducing a new curriculum which aims to equip an increasing number of school-leavers with practical English skills.

The government is also considering the intro­duction of new tests to assess students’ speaking and writing abilities, and the UK stands ready to offer its learning and its networks in support of this important agenda.

About the British Council

Founded in 1934, the British Council is the UK’s international organisation for cultural relations and educational opportunities. As an executive non-departmental public body, a public corporation and a charity, the British Council operates at arm’s length from the UK govern­ment and does not carry out its functions on behalf of the Crown.

Located in more than 100 countries on six continents, some 7,000 staff work with thousands of professionals and policy­makers, and millions of young people every year, through cultural programmes and by teaching English using modern communi­ca­tive methods and an exam service.

Other work includes higher education, supporting people to study in the UK and encouraging international partner­ships in the arts.