The 1960s saw the gradual reemergence of Japan onto the world stage as post-war efforts to rebuild the nation increasingly focused attention on metropolitan Tokyo. The 1964 Olympic Games were the most obvious manifestation of this, as no effort was spared to rebuild the city infrastructure: elevated expressways, hotels with international pedigrees and the launch of the celebrated bullet train perhaps are the most cited examples, and certainly the most apparent to the outside world. 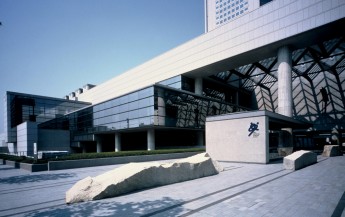 But domestically, thought was also being given to the rehabilitation of another precious area of Japanese life: its traditional performing arts. Specifically, there was an urgency to create venues for the presentation of the theatre arts of kabuki, noh, kygogen and bunraku. By 1966, an act of the Diet had made it possible for the creation of theatres that would see these art forms preserved and promoted. Over the next two decades, venues designed specifically to house these forms of theatre—which require very different stages and associated equipment—were built in Hanzomon and Sendagaya in Tokyo, as well as in Osaka.

For Japan’s balletomanes, opera aficionados and those interested in the classics of Western theatre, however, there was a much longer wait. Although the parliamentary debates of the mid- 1960s had anticipated the creation of such an entity, the New National Theatre, Tokyo (NNTT) did not open its doors until 1997.

The purpose-built Hatsudai facility houses a world-class opera house, principally used for opera and ballet; the Playhouse, which is mainly used for contemporary drama and dance; and The Pit, an extremely flexible performance space allowing directors and audiences exciting new ways of presenting and experiencing theatre pieces. Additionally, the NNTT offers training for young people in the various theatre arts as well as special performances for children and other related activities. It has also commissioned works of opera and invited guest directors, conductors and choreographers from overseas. 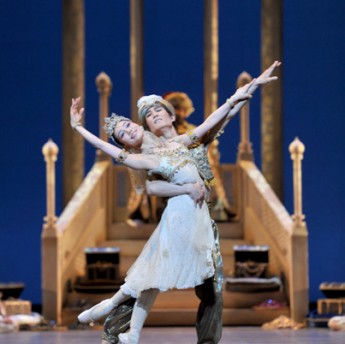 From the outset the Japan Arts Council entrusted the overall management to the New National Theatre Foundation (NNTF). It is expensive to run arts enterprises on this scale, and the NNTF is charged with mounting first-class productions across the entire remit of the NNTT in an increasingly difficult economic climate. A spokesman for the theatre disclosed thatin the 2011 budget, 60% of revenues come from government grants, 26% from ticket sales, and less than 10% from donations and sponsorships.

This last area is clearly a target for growth. Already a number of major Japanese corporations (and a few foreign-capitalised ones) have realised that, being supporters of the NNTT in one of the various categories offered, allows them a distinctive way to reward staff members and VIP clients.

In any given year, the theatre will offer an impressive choice of theatrical experiences across all of its stages. Often there will be an underlying theme to each season, but the aim is to make first-class performing arts available to the broadest possible audience spectrum.

Management is considering new initiatives in this regard, taking cues from international performance venues such London’s Barbican and the Lincoln Center in New York. Imagine inviting your most important clients to an exclusive evening of, say, opera. You have pre-performance champagne before taking your private box. During the interval, you enjoy drinks and canapés in the Director’s Salon. Post-performance, you have the chance to meet the principal artists. And, of course, on the premises is a first-class restaurant in which to end your evening over dinner.