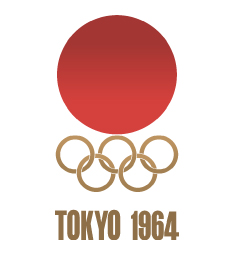 I initially came here in July 1964 as the first Financial Times staffer to be posted in Tokyo, with the idea to latch onto Japan as it prepared to fling open the doors to the outside world during that year’s Summer Olympics.

Since Japan was emerging as an industrial power, I had proposed the idea to my editor in London and he had jumped at it.

On a recent nostalgia trip, I visited the Hibiya Library to view photographs and documentaries of that event 48 years ago, and to remind myself what a challenge it had been to be flung into Tokyo at the deep end, with virtually no preparation.

Simply put, I hadn’t the faintest idea what I was doing. I had no files. I had no staff. I had no friends nor relatives in the city. Try that for size.

What, then, was Japan like at the time, compared with today? What were my raw impressions of the largest city on earth? First, it was true, as I had been told in London, that the Japanese had hauled themselves up by their bootstraps and had entirely re-built their capital city and had come up with that miracle of modern engineering—the shinkansen—to impress us.

These people were madly, madly sensitive to what others thought about them, and had moved heaven and earth to present a beautiful face to the West.

“This is Japan à la Max Factor”, had quipped Yukio Mishima, the young writer who then counted as a spokesman for Japan. Sporting blue blazer, necktie and crew cut, and armed with press credentials, he presented himself at the Olympics as a smiling, happy reporter for the Asahi Shimbun. Who could have imagined that, just a score of years earlier, Tokyo had been a flattened piece of real estate, roasted to death by the B-29s? Where had the Japanese found the infernal energy to rebuild it, seemingly overnight?

There was something very strange about this country. It wasn’t just all those new buildings in Tokyo; it was the quality inherent in them.

All of a sudden there was this man, Kenzo Tange, the leading architect with his two new structures in the heart of the city—the Yoyogi gymnasium and the pool—and we all had to face the fact that Japan was not just the industrial robot king of the world in the making, but a centre of creativity and the arts that had raced ahead of the rest of Asia, including dear old China, as she then was known.

Just before the Olympics, I nipped over to Peking, now called Beijing, for an interview with the general manager of the Bank of China. The steps in front of the bank were liberally covered with drying sheets of cabbage leaves, as I remember. The bank was laying in a stock of dried cabbage for the winter.

The Japanese in Tokyo had got past their dried cabbage culture some time shortly after WWII, I reflected. Would the Chinese ever wake up, I wondered. Yes, they would, and did. But it took them nearly half a century.

Tokyo was an exciting place in which to be. I recalled that I had loved it, thought very highly of it, as I stepped back those 48 years while going through the open shelves of the Hibiya Library some time ago. I came across mention of the documentary that marked the Tokyo Olympics in history forever.

The film was made by that outstanding movie director Kon Ichikawa, and in the opinion of the experts, it stands with Leni Riefenstahl’s documentary of the 1936 Berlin Olympics as one of the two best documentaries ever made at an Olympic Games.

Tokyo 1964 had, by definition, a totally different ambience. Ichikawa’s effort was primarily “about” the athletes and how he and we, as young reporters, saw them.

I was in the stadium when a girl from Somerset, where I was born, won the women’s long jump with a world record leap. It was Mary Bignal, who hails from Wells, which is just up the road from us. Now 70 years of age, Mary is still of this earth, and so is Ann Packer, her room-mate in Tokyo at the Olympics—and the winner of the women’s 800-m race.

My personal favourite among the athletes? I think it would be a chap who never won gold at the Olympics: Ron Clarke, from Australia. He was a middle-distance runner and I had the privilege of watching him running laps while training in Tokyo. He was such a beautiful runner.

Who else? The hero in Japanese eyes was Abebe Bikila. There was something about this Ethiopian that made the public here adore him—stoicism, elegance, the sheer courage of the marathon winner combined with the dignity of the natural athlete.

He completed his marathon looking as fresh as a daisy did Abebe, as the Japanese affectionately called him. That’s very unusual for people here, to take a stranger to their hearts. But they did.