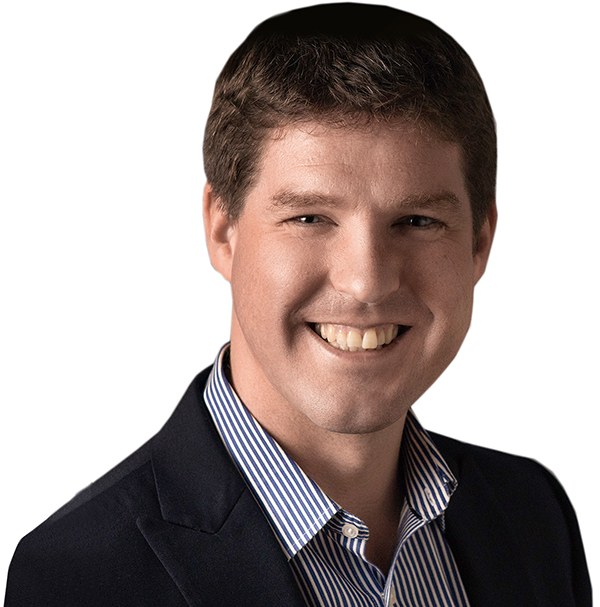 The relationship between the UK and Japan has been a long and celebrated one. In 1600, William Adams—better known here as Miura Anjin—a seaman from Kent, became the first Briton to arrive in Japan, and the first permanent British diplomatic mission to Edo was established in 1859. Since the signing of the Anglo-Japanese alliance in 1902, political and cultural relations have grown into one of the world’s great bilateral friendships. But there are elements of those early years that are less well known, and ACUMEN spoke with British author Thomas Lockley, who is also a 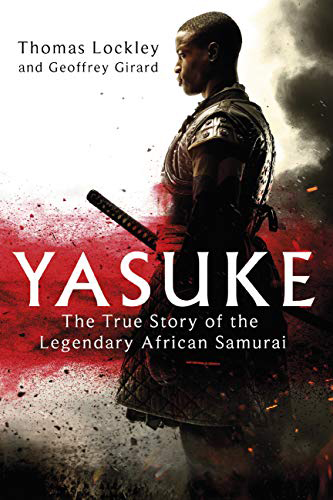 lecturer at Nihon University College of Law in Tokyo, to learn about connections he has uncovered in his research and his new book Yasuke: The True Story of the Legendary African Samurai, which depicts the real account of a foreign warrior in feudal Japan.

What brought you to Japan?

Like many people, I came with the Japan Exchange and Teaching (JET) Programme, 20 years ago. I stayed a couple of years in Tottori Prefecture and then returned to England. In 2009, my wife and I decided we wanted to come back to Japan, so we’ve been living in Chiba ever since. 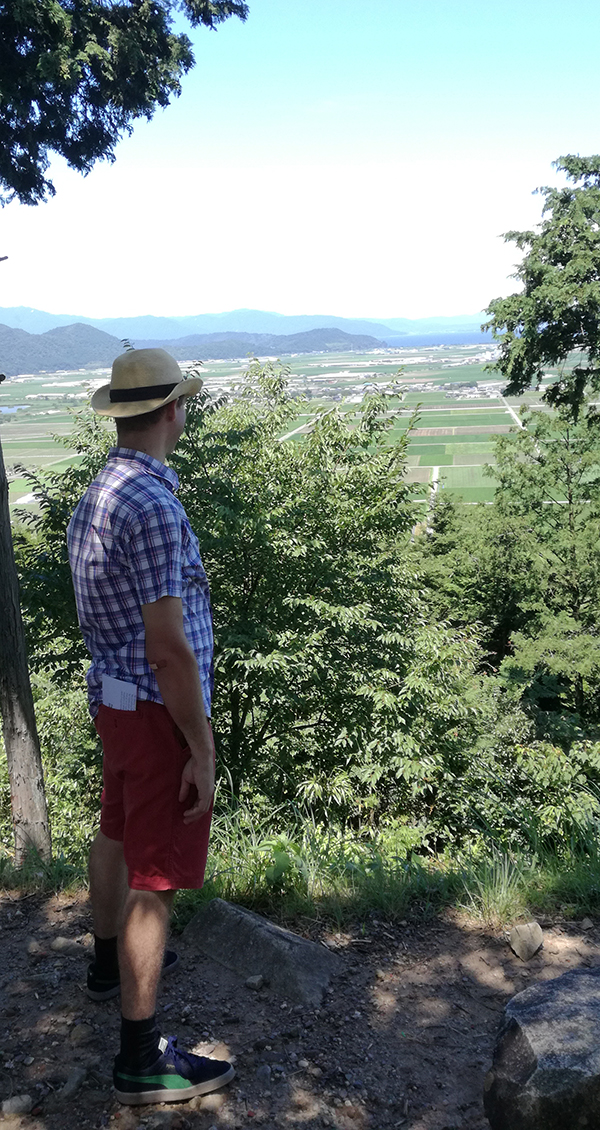 Looking towards Kyoto from the top of Oda Nobunaga’s Azuchi Castle, where Yasuke lived in Omi Province.

Why did you choose the JET Programme?

It looked like an interesting adventure to have after university. It is a long way from the UK, which piqued some exotic interest for me at the time. And it was working with children. Although I wasn’t a teacher then, I’ve been a teacher ever since. It just seemed like a really good opportunity.

What UK–Japan connections are not widely known?

There are some that are very well known, for example the story of William Adams and the story of the East India Company in Japan. Much less known are those about the relation­ship between the countries and the motivations they had for forming it, which were extremely complex.

Japan was seen as a kind of mecca—techno­logically advanced and rich—and many of the legends that had been emanating to Europe over the centuries painted it as a place where the buildings were covered in gold. Europe was pretty peripheral at the time, and England was peripheral within Europe. Cut off from the continent because of wars and religious differences, it actually had very few friends. So England was reaching out to Japan—on the other side of the world—to attempt to forge a friendship and relationship between the rulers and the people of the two nations.

In Elizabethan times, when they were going on the voyages, Queen Elizabeth sent letters with those ships to give to whomever they met. Sometimes they were very generic, and sometimes they were addressed to the Emperor of China or a specific Javan sultan, for example. In the case of Japan, far more was known, and the English sent gifts worthy of a great ruler, including the first telescope to find its way to these shores.

We don’t really think about the motivations behind the relationship, but I feel it’s pretty interesting that England really wanted to have a friend­ship with Japan. It was known that there was at least one Englishman in Japan already, so it was seen as the Holy Grail.

You are talking about William Adams?

Correct. But even before that, they thought there might be some English Jesuits or other people in Japan. We’re talking about very old times, when communications were awful and it would take two years to get a message from Japan to Europe, so they didn’t know; but they hoped there might be.

It could have also been very secretive. There were English Jesuits, and most of them were found in England and executed or imprisoned, but some did missionary activity in other parts of the world, including Brazil. So, it was quite reasonable for English mariners to expect that there was an English presence in Japan. 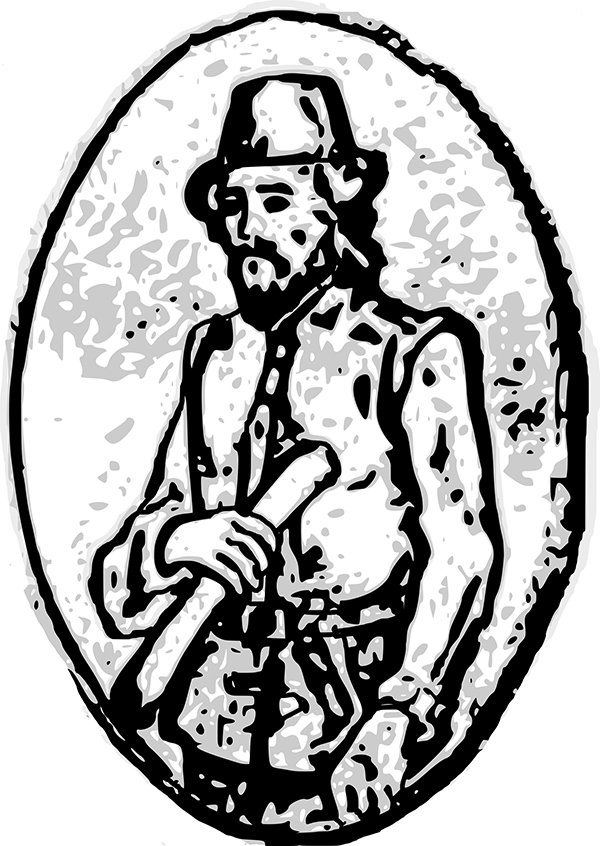 Tell me about this Yasuke, the African samurai.

Various Japanese rulers and lords hired foreigners at the end of the 16th century for a variety of reasons, but mainly as warriors. And the first of these—documented anyway—happened to be an African. We don’t know his true name, but the name which he was given—or by which he was called in Japan—was Yasuke. He was a young man, about 25, when he met Oda Nobunaga and the first record of his existence was made.

He was about 6ft 5in and strong—the strength of 10 men apparently. Everybody was about 5ft in those days, so he was huge—head and shoulders above everybody else. And he had extremely dark skin. The Japanese sources say it was the colour of ink. They had never seen anybody with skin that dark, so he was almost mistaken as a god or a demon, someone out of this world that had come to Earth. He was, therefore, an object of immense interest.

How did you learn about Yasuke?

Interestingly, I was researching Adams at the time. I happened to see a suggested link to the African who served Nobunaga, so I clicked it. That was probably in 2009. Most sources were already in the public domain. I did find some new sources not directly linked, but about other Africans at the time.

My book is basically a recreation of his life. There are about eight sources in total, covering about one year. So, a lot of the book is detective work. Where did he come from? How did he get here? What did he do afterwards? What did he do in that key year of his life, beyond what the simple sources tell us?

Luckily, he served two very powerful men—both of whom are very well recorded—so we know where he would have been on certain dates and such. We know how he got to Japan because he came with the Italian Jesuit Alessandro Valignano, and we know that he was on the same ship.

We can put together an awful lot from extra sources, which pertain to Yasuke but maybe don’t mention him directly, and the book is a recreation of that. But I also investigated menus from the time, for example, to find out exactly what would have been served up for dinner. I investigated the types of drink and the types of housing, etc. All these things give the book its meat and that seems to be what people like about it.

How did you become a visiting scholar at the University of London School of Oriental and African Studies (SOAS)?

I was offered a sabbatical from work and I talked to a friend of mine called Timon Screech. He’s a professor at SOAS and I asked if he could arrange for me to be a visiting scholar. That came about, in a way, through Adams and the English–Japanese research. Also, Timon had been instrumental in giving some advice on the Yasuke story. We’ve had an academic relationship for four or five years. He’s also involved in the commemorations of Adams’ death this year. In fact, I’m helping to arrange a conference under his supervision for 23 May.

What will you be presenting?

We will be looking at the life of Adams in Japan and his life prior to that. I’ll be looking mainly at the background—before Adams arrived in Japan—and other contacts between Japanese and English people. Then I’ll be talking about the later years and will finish with Adams’ death.

This will include Adams’ inter-Asian trading missions. He did about four of them, including to Thailand, Vietnam and Okinawa. Other people will be speaking at the same conference, and we’ll be finishing off with a talk from a Kyoto academic called Eleanor Yamaguchi, who will speak about Anglo–Japanese relations after Adams.

Are you working on any new research?

I can’t go into details, but I’m working on an Anglo–Japanese story which is not about Adams. It’s a virtually unknown story, so I’d rather not share more details, but it’s in the final stages and, hopefully, will be published next year.