Wales and Japan have a relationship that dates back more than 150 years. Some of the first Japanese railways were built with Welsh steel at the beginning of the Meiji Period (1868–1912), and in the 1970s there was a wave of Japanese investment into the then-principality. As a result of the Rugby World Cup 2019, interest in Wales among Japanese is at an all-time high. ACUMEN sat down with Robin Walker, the Welsh government’s senior representative to Japan, to learn more about his experience, Wales–Japan industry connections and what the future holds. 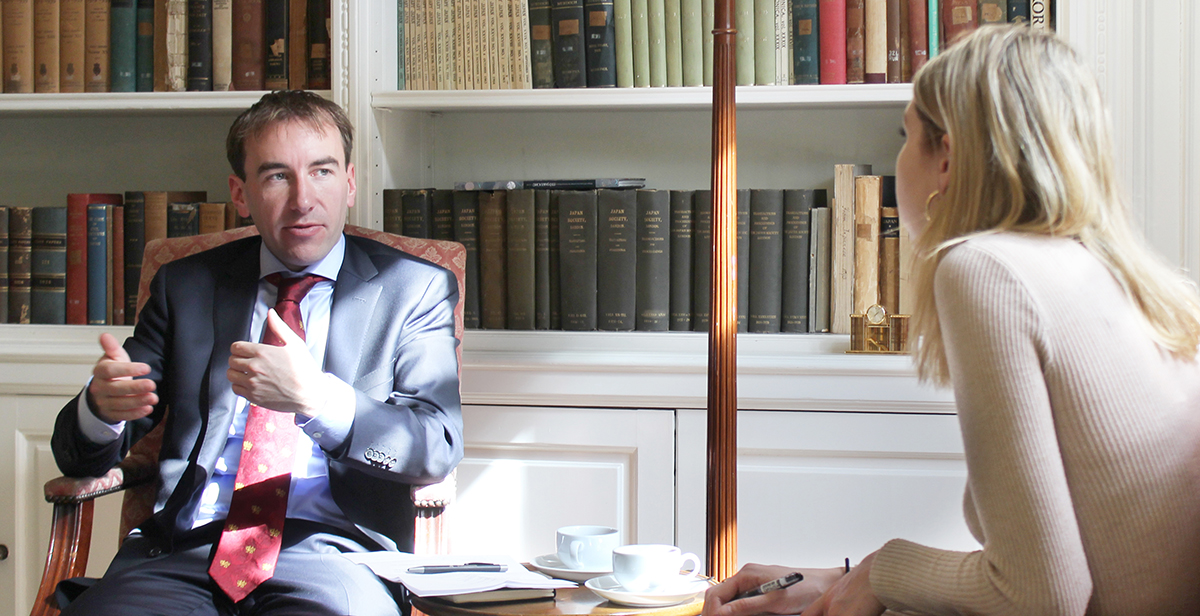 Where are you from?

I grew up in Somerset, in a little village called Priddy in the Mendip Hills. So, not quite in Wales, but within sight of Wales. I lived there until I was 18, when I moved to London for university.

How did you get involved with the government?

After four years of studying law at university in London and Paris, I was ready to live away from Europe for a while, and it was actually at a career talk by the British Civil Service where I came across the Japan Exchange and Teaching (JET) Programme. I knew very little about Japan in advance of that, but discovered this wonderful opportu­nity to go and teach for a while. I had an interest in either becoming a lawyer or working for the government, so I took a little bit of time over here in Japan, learned a bit about the world, and then went back and enjoyed the Civil Service Fast Stream.

Tell me more about your government work.

My civil service career started in the Home Office, and I’ve also had spells seconded to the European Commission and to the Government Digital Service. My focus from 2012 until last year was on European relations, various elements of European negotiation and then forming the new relationship with Europe from 2016 after the EU referendum. Whilst I was at the Government Digital Service, I also picked up some wider international work, including conversing with the Japanese government about how they provide digital services online and how we can work together to improve those services. That was just as they were rolling out the My Number system, so we were considering how that works on smart­phones and things like that. It was my one formal area of interaction with Japan.

How does it compare now with a decade ago?

It’s partly a comparison between a reasonably small town in the northern prefecture of Akita and Tokyo, which is a world away in terms of lifestyle. With the G20, the Rugby World Cup and the Olympics, Japan is clearly putting a lot of energy into international relations and its image on the world stage. There’s also clearly a far higher level of immigration—you see it in Tokyo especially, and also elsewhere. Over the past 10 years, I think there has been a fairly dramatic change in Japan. The ageing population is having an impact on social thinking, which would have come up less in conversation 10 years ago. Now, when I go back to Akita, some of the elementary schools where I taught have closed because there aren’t enough students to fill them. It’s a topic of conversation. People are thinking about it and it’s affecting the approach they take to everything.

At a bigger government-to-government level, sustainability is part of the agenda in a way that it wasn’t 10 years ago. Thinking about the green agenda—and how Japan interacts with that—is challenging, given some of its traditional industries and the importance of protecting them. So, I think there’s been some social change both in terms of immigration and in terms of thinking about how Japan is at the front of some of the challenges that the world faces in relation to sustainability. 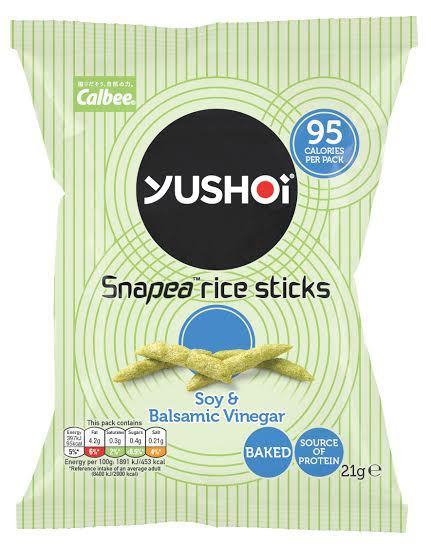 FDI: Calbee, Japan’s largest manufacturer of savoury snacks, has created 50–60 jobs at their first UK site in Deeside, North Wales, and employs more than 200 across Britain.

How does Japanese investment impact Wales?

It makes an impact partly by being across all of Wales, not just the biggest centres of economic activity. There’s also a lot of wider community engagement around it.

The Wales–Japan Club, for example, which is a Japanese community in Wales, has a Saturday school where Japanese children can learn Japanese—there are few opportunities to do that outside London. But we know that people are coming across from Bath and Bristol for it as well. That club is based in Cardiff, and they do a number of exhibi­tion engage­ments between Japanese culture and Welsh culture.

The National Museum Cardiff held an exhibi­tion in 2018 called Kizuna, which focused on the link between Wales and Japan. It was very successful and resulted in requests for more opportu­nities to learn about Japanese culture.

Additionally, the Embassy of Japan in the UK has an Honorary Consul based in Wales, Keith Dunn, who has been really good at building community links—reciprocated by the wonderful work of the St David’s Society and Clwb Hiraeth here in Japan.

What are the bilateral trade opportunities?

One area where we might see an increase is food and drink (page 10). Many firms are looking to use the products they’ve launched here and introduce them to the UK, Europe or wider global markets using Wales as one of the bases of operation. Welsh food and drink also have a growing reputa­tion here in Japan—Welsh lamb, in particular, since the red meat ban was lifted.

Other areas, in terms of priorities for the Welsh govern­ment, are cybersecurity and compound semi­conductors, where Wales has expertise that doesn’t exist anywhere else in the world. Cyber­security is obviously an increasingly large topic of discussion here in Japan. It’s an area where it’s recognised that Japan has fallen a little bit behind the global curve. It’s an area where there’s a lot of expertise in Wales; amongst others, the University of South Wales is doing a lot of work on it.

How do bilateral organisations cooperate?

I think one of the really exciting areas at the moment is sustainability. In 2015, Wales was the first country in the world to legislate for the United Nations Sustainable Development Goals. So, we’ve got some­thing called the Well-being of Future Generations Act, which requires every public authority to think about the sustainability of their major decisions. It is really good to see how that links through to some of the business opportu­nities grow­ing in Wales at the moment.

The future of automotive is one of the biggest, clearest examples of a challenge, in terms of clean growth and how we reach carbon neutrality. The UK central government recently adjusted its targets to eliminate fossil fuel-based cars on all roads by 2035. We have some really interesting things happening in Wales to help achieve that. For example, Aston Martin is opening a new factory in Wales this year, which will be the home of electrification, and all their electric vehicles will be produced at that factory in South Wales.

To give another example, there’s some great research going on in Swansea surrounding carbon-neutral housebuilding. This is a research centre that’s a spinoff from Swansea University. A number of Japanese firms are now in conversation about how to start incorporating some of those carbon-neutral building techniques into the work they’re doing, which is obviously huge in terms of interest in the UK market. The things they’re doing in Japan—and the ability to get some of that carbon-neutral housing technology into the world—is a really good opportunity, and a good example, of how the Welsh–Japanese relationship can be a major benefit globally, as well as to the Japanese companies investing in Wales.

What is Wales’ new International Strategy?

There are three key words in particular, three pillars, that the strategy sits around:

That feels like a really good way to capture how Wales is hoping to position itself on the world stage. There’s a lot of opportunity around all three pillars to grow the relationship with Japan. For me, it’s about keeping the focus on all three, getting the investment and trade right but also the wider relationships. Working with the other partners who are keen to grow their relationships and ensuring that we build on that momentum is hugely important.

Tell us your thoughts on Brexit.

Wales and Japan both currently benefit from the EU–Japan Economic Partnership Agreement (EPA), and will continue to do so until the end of the year.

Whilst securing a deep partnership with the European Union is our absolute priority, we are urging the UK government to prioritise negotia­tions for a UK–Japan free trade agree­ment and are pleased that they are doing so. We hope an agree­ment can be reached rapidly between the UK and Japan that retains the benefits of the EPA for both Wales and Japan and explores areas where we may strengthen trade between our nations.

The UK government’s negotiations with the EU this year will also be critically important for the whole of Wales, as well as Japanese companies in Wales. We are pressing for as close a relationship as possible to minimise any new trade barriers and recognise the integrated supply chains that exist between Wales, the EU and partners with which the EU currently has free trade agreements.