In December 2009, in recognition of his distinguished contribution to relations between the UK and Japan, and his significant contribution to collaboration between the two countries in the arts, Her Majesty The Queen appointed Minoru Mori to be an honorary Knight Commander of the Most Excellent Order of the British Empire.

I do not remember exactly what triggered my initial interest, but I have enjoyed attending many exhibitions and museums around the world, accompanied by my wife, Yoshiko, who is currently the chairperson of the Mori Art Museum, which I opened in 2003.

I started collecting the artwork of Le Corbusier (6 October, 1887–27 August, 1965) in the 1980s when I purchased an oil painting entitled Profile de femmes. Later, I bought tapestries, collections of prints, sculptures and other works. Today, my collection includes several hundred pieces. Some of these works are displayed in the members-only ARK Hills Club gallery and in the lobby of the Atago Green Hills Forest Tower.

What is it about Le Corbusier that attracts you?

My first encounter with his work was in the mid-1950s. Looking at pieces in Japan’s National Museum of Western Art and Berlin’s Unité d’Habitation, I admired the artist’s spatial composition and colour. One can make many discoveries in Le Corbusier’s paintings. Works such as the print collection Le Poem de L’Angle Droit give me a feeling as if I were reading a collection of haiku.

How has Le Corbusier inspired your own work?

My own work was influenced by Le Corbusier’s The Radiant City and his other writings. His vision of the ideal city is a vertical city in which open, green spaces are created by eliminating urban congestion.

The Vertical Garden City that I am advocating—that is, the concept of a compact city of high-rises that allows one to reach all of life’s necessities on foot by having spaces for work, residence, play, shopping, education, rest, culture, interaction and other city functions integrated in the perpendicular design—removes urban congestion by making use of sky and the land, and restoring nature to the city. It is a concept that inherits Le Corbusier’s thinking.

Le Corbusier is my great teacher, and also a presence that I feel I must strive to exceed. Even today, there are many discoveries that I can make by looking at his art and urban planning. 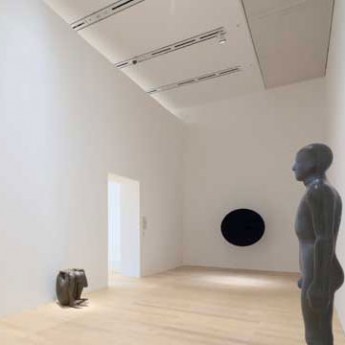 History in the Making: A Retrospective of the Turner Prize, at Mori Art Museum, Tokyo

How did your relationship with British art develop?

In 1999, my wife took over from Seiji Tsutsumi, president of the Saison Foundation, as a Trustee of the Royal Academy of Arts. Our interaction with the British art community has deepened significantly as a result of this connection.

Our first director at the Mori Art Museum, David Elliot, had studied at London’s Courtauld Institute of Art, which has turned out many world-renowned curators. He was also appointed director of Oxford’s Museum of Modern Art at the young age of 27. The fact that he had spent 20 years actively introducing modern art from outside the West, including Asia and Eastern Europe, was also a major factor in my decision to appoint him.

How can buildings and museums improve urban life?

Travelling through cities around the world, I felt that many of them focused only on business, and meanwhile were lacking in culture and failing to attract people of the world. As an example, top artists from all over the world gather in New York, most likely because the wealth created through economic activity in the city is channelled back into its cultural activities. Business is the patron of culture and culture is the barometer of a city’s appeal and magnetism. 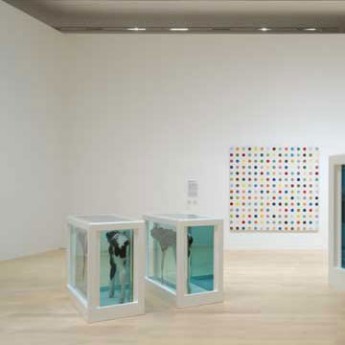 History in the Making: A Retrospective of the Turner Prize, at Mori Art Museum, Tokyo

We should build a city where culture is close at hand and people have time to enjoy it. That is the sense that gave rise to the concept of a cultural heart for Tokyo in the form of Roppongi Hills. Many people now easily come into contact with art when they are on their way home from work, out for a meal or shopping, or even during a short daytime interval.

Experiencing first-rate art nouri-shes the heart. Art is not something to be appreciated only in museums; a cultural heart for Tokyo can only be such if art lives in the streets, and in people’s lives.

Are there cultural barriers to appreciating a culture’s art?

Contemporary art is a mirror that reflects the circumstances of society and culture at the time it is created, and it reflects the lives of the people and the spirit of the age. In that sense, we can say that modern art itself represents the society from which it came. However, it is probably true that those who know the basic background of the culture will have a deeper understanding.

The Mori Art Museum spares no effort in bridging that gap, for example with the exhibition, “History in the making: A Retrospective of the Turner Prize”. I believe it was important, within the larger framework of celebrating the 150th anniversary, in 2008, of the establishment of diplomatic relations between the UK and Japan, that we were able to introduce not only Britain’s modern art, but also diverse aspects of British culture.

I believe that the Mori Building was able to provide many people with a better understanding of British culture and contemporary  art as a result of its multifaceted approach. Other activities included a talk event by British Foreign Secretary David Miliband with university students, and hosting a visit to Omotesando Hills by Her Royal Highness The Duchess of Cornwall.

Who are your favourite British artists?

I like art works by Anish Kapoor, who was born in India and pursues his original cosmic view and spiritual world; Antony Gormley, known for the sculpture carved in the form of his body; and Tony Cragg, who leads New British Sculpture and has been creating large sculptural works.

What does the award mean to you?

I think that this award is the result of the efforts made by Great Britain, which is a good partner, and many other dedicated people, for it was these efforts that made successes of our various events designed to give people a greater understanding of Britain, where cultural policies play a major role in society.

I would like to take this honour as an opportunity to continue contributing to the development of UK-Japan friendship, and to push forward with the creation of an appealing city that is visited by numerous people from around the world.

I myself am drawn more to the unknown than to the past with its established reputations, and I yearn to continually create things that are new. In this respect, I share a common feeling with artists. However, I have no talent for creating paintings or music that will touch people’s hearts. What I can do is create the stage upon which artists’ talents can blossom. I think that my role is to provide them with these opportunities.