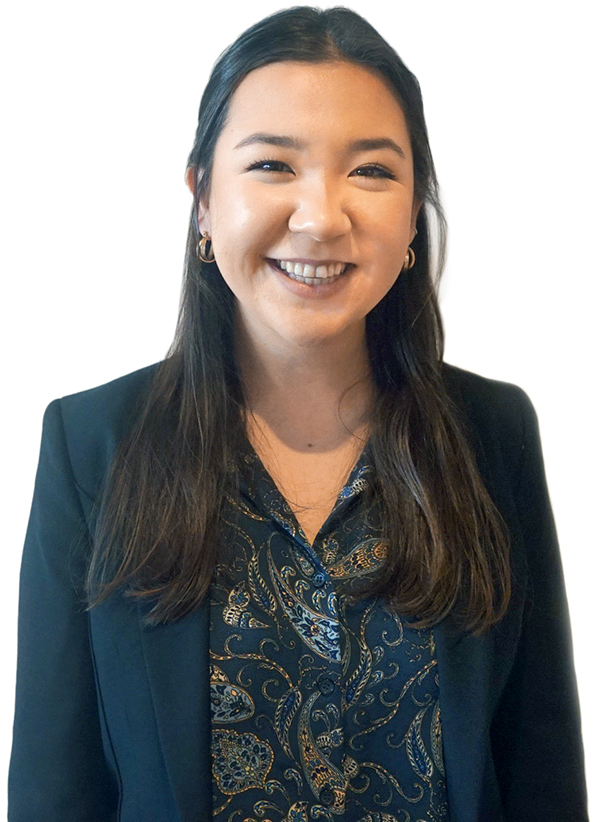 The British Chamber of Commerce in Japan (BCCJ) officially welcomed a new associate director at the 2020 Shinnenkai party on 23 January. With Executive Director Lori Henderson MBE beginning her maternity leave this month, Sarah Backley is taking over many operational aspects. ACUMEN sat down with her to learn about her experience and vision for the chamber.

Tell us about your background.

I’m originally from London, but I grew up mostly in Bishop’s Stortford, Hertfordshire, where I attended boarding school from age 12. I have family in Newcastle and in Seoul, South Korea.

My parents live in Japan, and I lived here for five years between the ages of six and 11, due to my father’s work in Sendai, Miyagi Prefecture. I later went on to study Japanese and linguistics at the University of Edinburgh, during which time I spent a year at Keio University in Tokyo. In 2017, I joined the Japan Exchange and Teaching (JET) Programme and moved to Oita Prefecture, where I lived and worked for two and a half years.

What UK–Japan ties stand out most?

Most immediate are the organisations set in place to help promote mutual understanding of the countries’ cultures, such as the Japan–UK Research and Education Network for Knowledge Economy Initiatives (RENKEI) and the JET Programme.

Having been on JET—and also having had the opportu­nity to study at a Japanese university for a year—I have seen first-hand how these exchanges create long-standing cultural ties between the UK and Japan. These ties have more recently been backed up by sport, for instance through the recent hosting of the Rugby World Cup 2019 and the upcoming Tokyo 2020 Olympic and Paralympic Games. These have added to Japan no longer seeming such a foreign or far-off place for people in the UK, and vice versa.

Tell us about your work experience.

My equal knowledge of the UK and Japan—gained through having lived, worked and studied in both—

has helped me under­stand the challenges of bringing the two together in the worlds of business and culture.

In Oita, I coordinated both small and large-scale events around the Rugby World Cup designed to appeal to both local and non-Japanese members. I plan to build on that experience in the planning and operation of the BCCJ’s busy events calendar.

One of my goals in my previous role in Oita was to help intro­duce rugby—considered a minority sport in Japan—and to make it appealing to a wider audience. Working to garner the public’s interest in the more niche or unfamiliar is some­thing that I hope to mirror in many other fields as associate director of the BCCJ.

What are the biggest post-Brexit opportunities?

Brexit has highlighted the differences between the UK and the European Union, and it undoubtedly has both benefits and drawbacks. However, as this post-Brexit landscape unfolds, it is becoming increasingly clear that this is an opportunity for Britain to create new ties with Japan. We can see this, for example, in the anticipated tailor-made bilateral trade deal.

It is exciting to be able to witness how this partner­­ship will materialise, and what other future partner­ships—such as Britain joining the Comprehensive and Progressive Agreement for Trans-Pacific Partnership—may form. The BCCJ will fulfil its role as mediator in this post-Brexit trade era to help strengthen business ties between the UK and Japan.

What will be your focus?

To make the most of the BCCJ network and boost BCCJ member activity, I plan to get to know our members’ needs, including what they would like to see the BCCJ do differently. I will continue to focus on the existing core BCCJ values around greater diversity and inclusion, the advancement of tech and digital business, and the proliferation of responsible business. While doing this, I also want to be attentive to member needs and leverage the widespread connections that the BCCJ has to offer.